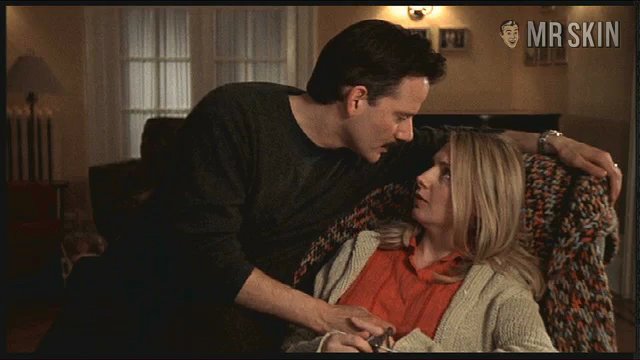 The Secret Lives of Dentists (2002)
Sexy Hope Davis is skintastic in this sexy scene! 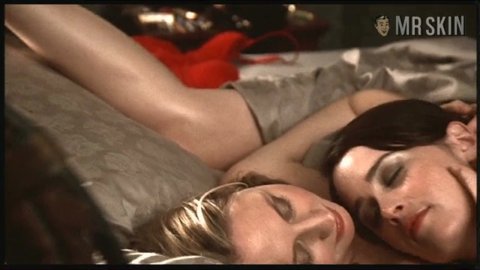 If Parker Posey is the Queen of the Indies, well, then Hope Davis must be her lady in waiting. Although she has appeared in more-mainstream big-budget fare (like the hilariously cast Mr. Wrong [1996], starring Ellen Degeneres as a woman searching for a husband), Hope is known for her independent roles. With titles such as Next Stop Wonderland (1998), American Splendor (2003), and The Daytrippers (1996) (which co-starred Parker Posey) under her belt, Hope has built a name for herself among movie-goers willing to seek out unusual plotlines and terrific acting. She hasn’t done as much to establish her name among movie-goers who just like a great pair of boobs, however. She had some sexy (yet skinless) scenes in The Secret Lives of Dentists (2002), including a male-centric threeway and some lesbian frolicking, but overall her career has been relatively chaste. Perhaps she learned a thing or two from co-star Kathy Bates’s naked hot tubbing in About Schmidt (2002) and will travel to the skin side soon. You’ve gotta have Hope.

Festival Pass with Chris Gore - as Herself