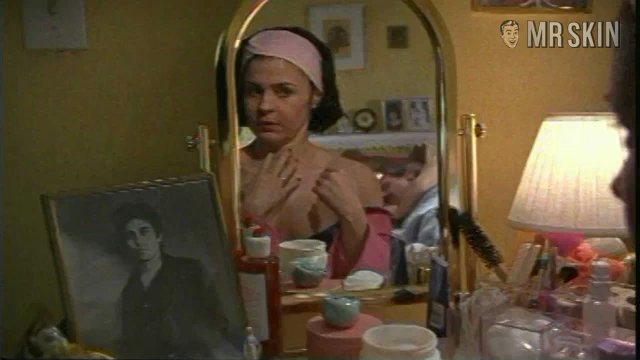 Latina lust object Maria Conchita Alonso and Edward James Olmos play a couple of married fishmongers who give shelter to a young man on the run from the cops in Caught (1996). Olmos educates the handsome fugitive to the intricacies of the fish biz, and the two men develop a type of father-son relationship, a bond that is undermined when the kid begins furtively boning mama Maria Conchita. All is well, if poised for disaster, until the long-gone flesh-and-blood son of the fish dealers returns from a stay in Hollywood and smells the sexual sparks between his mom and the kid who is staying in his room. The acting, drama, and suspense are all top notch, as are the plethora of grade-A skin views from Maria Conchita.