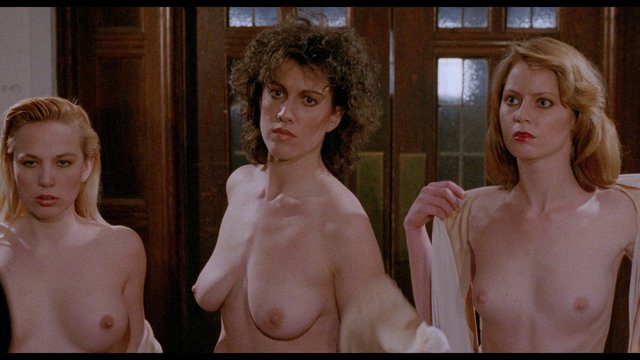 Prime Evil (1988)
Nude, breasts 01:12:53 Amy, Ruth, and Jeanne disrobe together to show off their perfect boobs to a room of cloaked people! 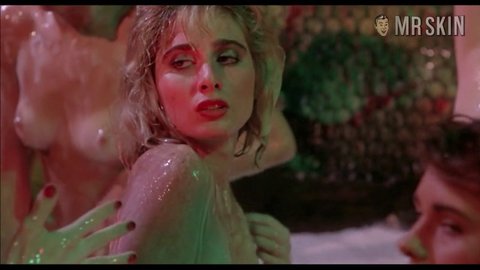 Breeders (1986) Nude, breasts 01:08:00 Adriane unwinds in vat of alien-splooge with an array of similar eyefuls. She's the bare-boobied blonde at the end of the clip. 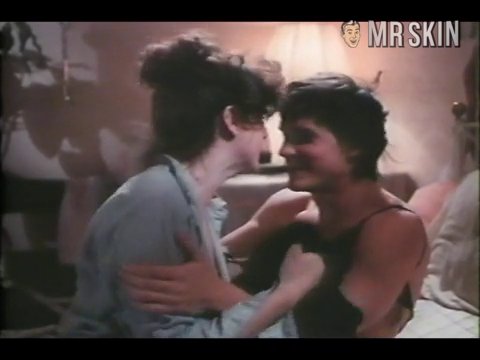 Blood Sisters (1987) Nude, breasts 00:08:00 Awesome milkjugs and sweet buns, too, as Amy fools around with her boyfriend in bed. 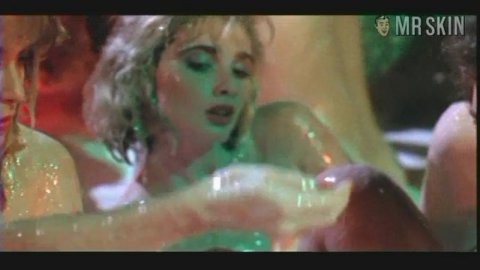 Amy Brentano made her short career playing the pretty, often nude chick in horror flicks between 1986 and 1988. The most impressive role in her resume would have to be as "Irradiated Female" in the often misunderstood Robot Holocaust. Her career included such timeless gems as Blood Sisters, Prime Evil, and Breeders, which happened to feature her best Skin shots, although she was covered in some unidentifiable goo along with a bevy of female co-stars, all of whom were also naked. I think it's supposed to be scary or something, but it is more like a big lesbian slime-fest, so be sure to give it a look.

2 Pics & 2 Clips
Nude, breasts 01:12:53 Amy, Ruth, and Jeanne disrobe together to show off their perfect boobs to a room of cloaked people!