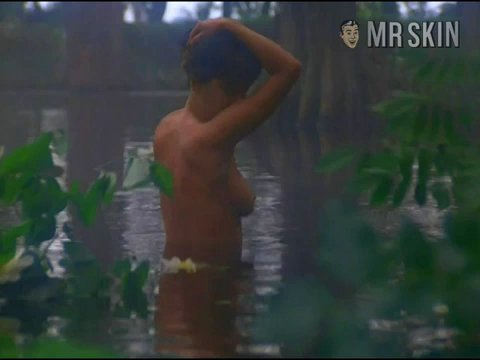 Swamp Thing (1982)
Nude, breasts 01:04:00 A nice lingering look at Adrienne's magnificent mammaries as she goes for a swamp-bath in this DVD-only scene. 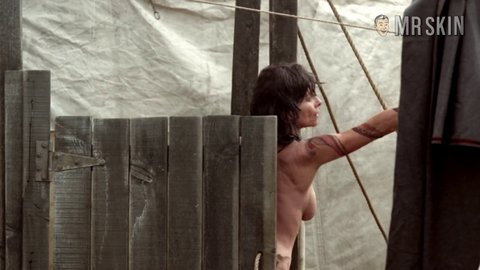 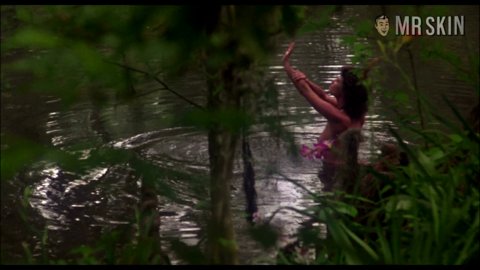 Swamp Thing (1982) Nude, breasts 01:04:00 The Swamp Thing gazes on longingly as Adrienne washes her upturned apples in his natural habitat. 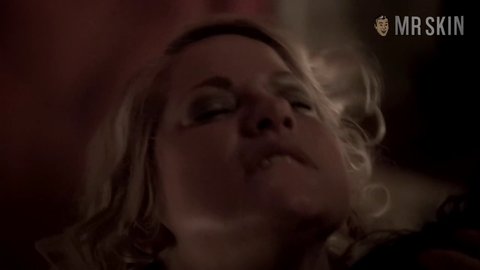 Forget Maude--and then came everyone when Adrienne Barbeau's barbells could hardly be contained by the small screen on the popular '70s sitcom. Director John Carpenter got to stick his woodie in Adrienne's softies when he had the good sense to marry her. He directed her in The Fog (1980) and Escape from New York (1981), which may have been cool movies, but they contained no skin. That all changed once Adrienne and her girls filed for divorce. The ladies needed to get out and dirty, and what better place than the steamy bayou in Swamp Thing (1982)? Swampy's thing gives Adrienne's areolas a stiff green salute as she bathes topless outdoors, but don't worry if you don't remember her boggy bazooms: the scene was edited from the original cut of the film, but, thankfully, it appears as a sexy extra on the 2002 DVD release. She followed that wet treat with another top-of-the-tits performance in Open House (1987). But since then, the doors to Adrienne's chestiness have been closed. It's a shame. As Adrienne matures, the more must-see her body gets. It's a package worth opening again.