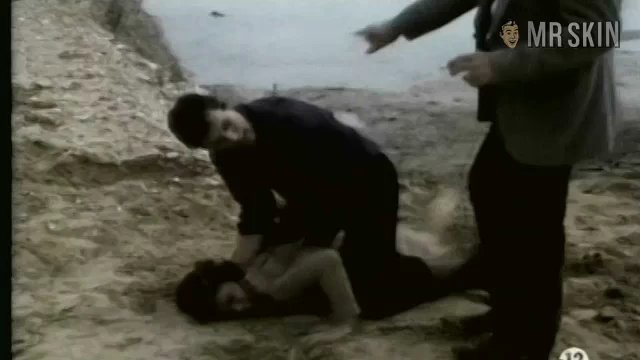 There’s a motto at Skin Central that in time they’ll all come around to the skin side. True as that may be, it can sometimes be a disturbing trip, as evident in the nude career of French tart Zoe Chauveau. She made her professional debut in L’Ombre des châteaux (1976) and continued to appear in movies that never took advantage of the big-eyed brunette’s breast features. That is until Les Filles de Grenoble (1981). In this drama, Zoe is attacked on the beach by a bunch of blackguards, who rip off her shirt and make her nipples suffer under their cruel attention. Sometimes, Mr. Skin guesses, you’ve got to be careful what you wish for.

1 Clip
Nude, breasts 00:58:00 A couple of sadistic asshole thugs attack Zoe on the beach, ripping her shirt, exposing her boobs, then torturing her nip. Yeeeow!
Live Cams - View all