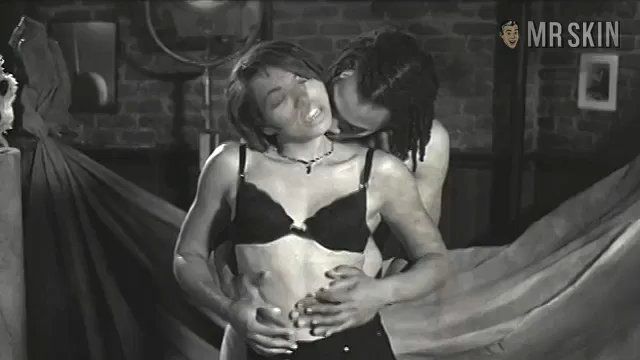 Teaserrhea is a disease of perceptions that knows no color barrier. The coveted, curvaceous booty and boomers of black and beautiful Tisha Campbell are just as susceptible to the blinding denial of this insidious ailment as are the powder-puff muff and pom-poms of some prissy little white-bread actress with a reputation to uphold. But even as Gina on the TV hit Martin, it was evident that Tisha was not prim and proper. She’s a wild child, if only a fully clothed, briefly seen one, in School Daze (1988), House Party (1990), and Another 48 Hrs. (1990). One quick peek at Tisha’s swathed ta-tas is enough to make the casual observer wish that the naked sensuality of her hot-mama face would spread to the rest of her hot-mama body. Maybe someday there will be a cure for teaserrhea. She nows has a role on ABC's comedy series Dr. Ken, where she plays a beautiful doctor. Think she'll peel off those scrubs?

All of Us - as Carmen

The Big Blue Marble - as Herself

Rags to Riches - as Marva Foley