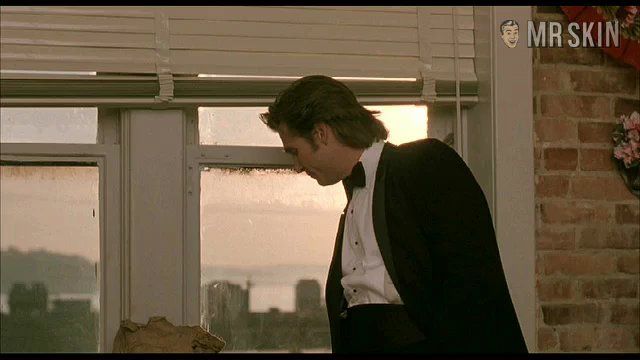 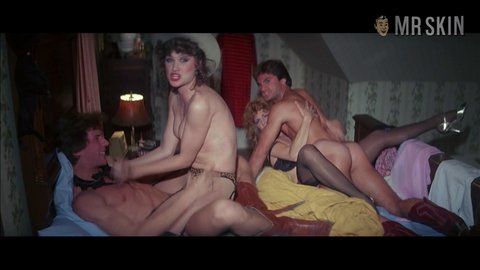 Terri Treas is best known for her spotty-scalped chrome-dome character Cathy Frankel on the hit series Alien Nation. But the out-of-this-world beauty had been acting for almost a decade before that star-raising gig. She first appeared as a fan dancer in All That Jazz (1979). For a while, Terri was utilized for her dancing talents only, that is, until she was cast as one of the many young ladies who populated the Chicken Ranch in the double-D Dolly Parton flick The Best Little Whorehouse in Texas (1982). You can catch her massive cleavage and animal-print garters in an "Oh, you caught me" sex scene. She then went on to appear in such notable series as Seven Brides for Seven Brothers and Santa Barbara and such feature films as The Nest (1988), The Terror Within (1989), and House IV (1992). But she has pretty much left the acting career behind to pursue her screenwriting profession. Thankfully, Terri didn't leave the camera behind before she had the chance to show some hootage. In the opening scene of The Fabulous Baker Boys (1989), she can be spied in bed with nary a thread on her luscious bod. Now that's fabulous, boys.

The Best Little Whorehouse in Texas (1982) - as Chicken Ranch Girl