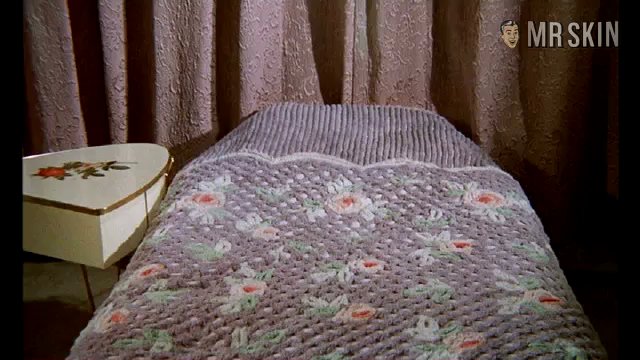 The British actress Sue Bond is most likely remembered for her roles on the old comedy hit, The Benny Hill Show, which ruled airwaves back in the early 1970s. In addition to this she is also a singer and comedienne, and has acted in a number of sitcoms as well as movies. In the 1970 cerebral retro comedy, Bizarre, Sue played the role of a call girl, getting her hair ruffled up in one scene before getting her blue dress removed by her patron. Like most of Benny Hill’s girls, Ms. Bond has quite the set of striking features, including the blonde hair, big bust combo. The guy in the film can’t seem to handle himself once he strips her all the way down. For the remainder of her career, Sue stuck mostly to TV shows throughout the 70s and 80s, but supplemented that with her cabaret appearances, which included a display of her vocal talents, until the early 90s.