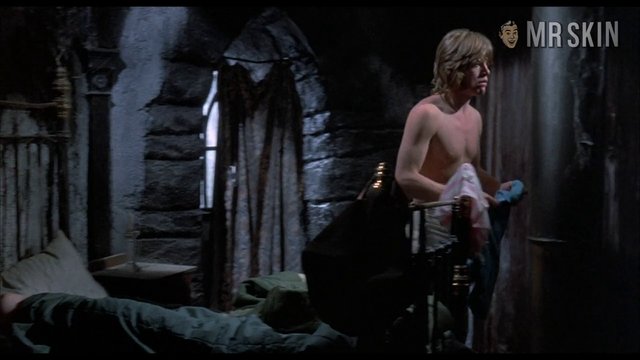 Tower of Evil (1972)
Nude, breasts 00:35:00 Seretta sleeps topless, as all sexy blondes should, with her bite-sized bobbers popping out over the covers.

sleeping couple breast hooting man getting out of bed 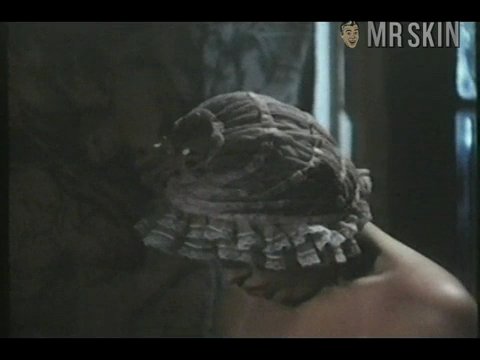 Keep It Up Downstairs (1976) Nude, breasts, butt, bush 01:18:00 Very funny scene. Her nightgown gets ripped off, she shows full frontal, then she faints &amp; shows ass. Sort of dark, though. 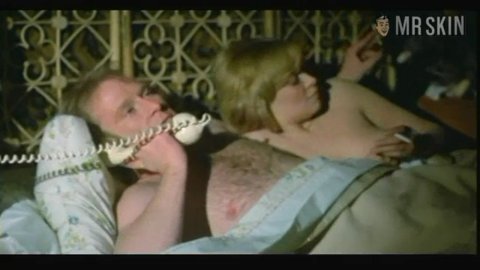 Seretta launched her acting career in 1971 with a bit part in the British horror flick Psychomania. Following a brief stint on the television series A Class by Himself the following year, Seretta returned to the gore of the horror cinema with roles in such fare as Killer with Two Faces and Tower of Evil, which also happened to feature the lovely young lass in all her naked glory. Unfortunately, she gets beheaded shortly after puppies come out to play, pretty much ruining the moment…That doesn’t happen in 1976’s Keep It Up Downstairs, though! In this British sexploitation farce, Seretta again bares her bodacious body for Mr. Camera and although the lighting guy should be shot for the horrendous job he did during her particular Skin Scene, it still makes for a nice full-frontal flash, so be sure to check it out. There’s more 1970’s fluffy muff than you can shake your stick at!

7 Pics & 1 Clip
Nude, breasts 00:35:00 Seretta sleeps topless, as all sexy blondes should, with her bite-sized bobbers popping out over the covers.

The Borgias - as Giulia Farnese

A Class by Himself - as Joanna Bleasham