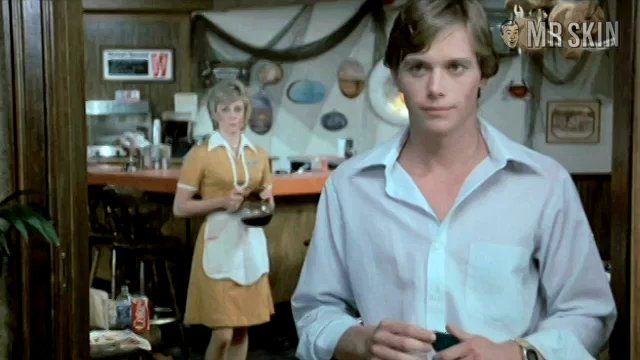 A Night in Heaven (1983)
Nude, breasts, butt 01:09:00 Sandy looks dandy exposing her side bunnage and left bazoom during a steamy shower makeout session.

man and woman in shower couple making out 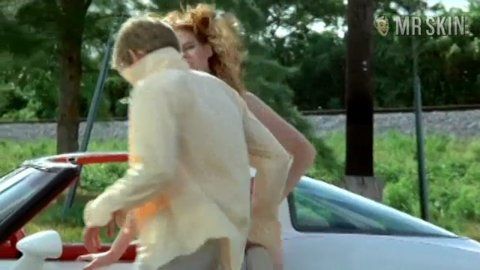 Buxom beauty Sandra Beall made her movie debut in Easy Movie (1983), but she proved that she was easier in her next film, the comedy A Night in Heaven (1983). Sandra played Slick and got all slick in a bath with her lover, who, understandably, couldn't keep his hands off of her. She went on to appear in the mega-flop The Cotton Club (1984) but landed softly from that failure into her greatest exposure yet onscreen, Key Exchange (1985). While it sounds like an exposé on swingers, it's just another commitment-phobic romantic comedy. That doesn't mean you shouldn't turn that key, for it unlocks Sandra's best look at her beautiful breasts. Since then Sandra has appeared in a couple of movies and TV shows, most recently Law & Order, in an episode entitled "By Hooker, by Crook." But don't get excited; she only plays the jogger.