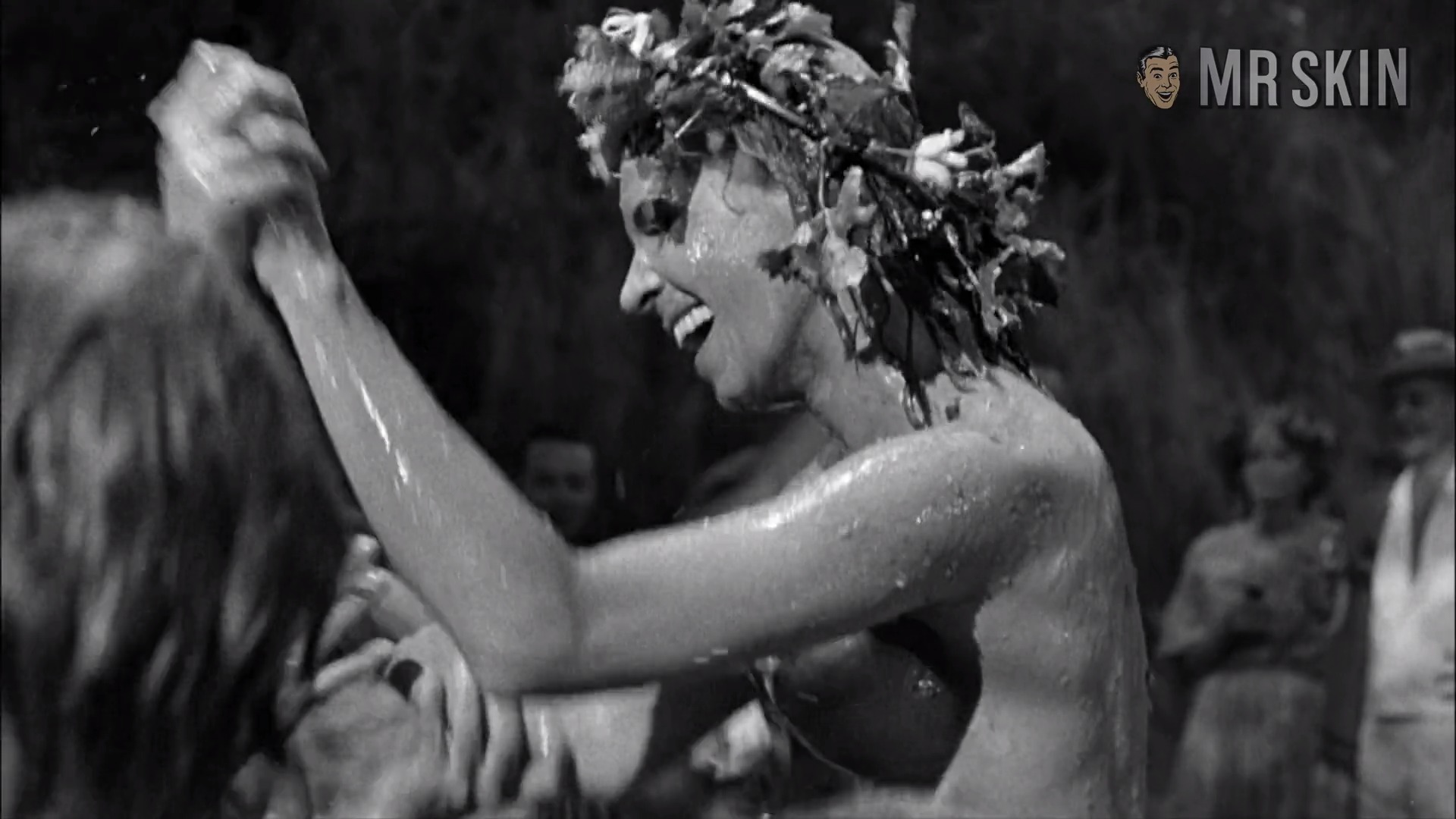 She started out in schlock such as Terror from the Year 5000 (1958), but Salome Jens would become one of the acting community’s most respected figures of stage and screen. All that talent still didn’t keep her from exhibiting some genuine cheesecake as a bikini-clad foil to Burt Reynolds (making his film debut) in Angel Baby (1961). Salome even displayed vital seconds of her bountiful boobs--standing alongside some lady extras--in the classic sci-fi sleeper Seconds (1966). The scene from the European cut was finally released on video in the U.S. in 1996, with Salome stripping to join Rock Hudson in some grape stomping. Her elegant and decadent appeal would make Salome a natural for a new wave of sexy roles, including a turn as a disgraced socialite in Savages (1972). Salome also joined Barbara Hershey as part of a lesbian secret society in the daring TV movie In the Glitter Palace (1977). Typically, though, Salome seems most likely to be remembered for her recurring role as an unnamed female shapeshifter on Star Trek: Deep Space Nine.