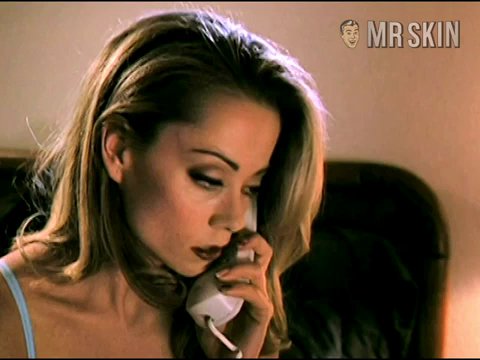 Switch Killer (2005)
Nude, breasts 00:32:00 Monique enjoys soaking her chocolicious milk duds in a bubble bath before her girlfriend joins her for some Sapphic fun time.

Most actresses have to start at the bottom and work their way up, but not Monique Chachere! This exotic beauty got her start playing Cleopatra at Caesar's Palace in Las Vegas, which is about as high up on the Las Vegas ladder as you can hope to get. She parlayed this into a short-lived acting career that to date has only seen her appear in three films, including a short film titled Oops… (2005) which she also produced. If you'd like to see at least some of Monique's melons, and who wouldn't, check out the thriller Switch Killer (2005), also known as Transamerican Killer. Monique appears topless in a tub, though the suds cover up most of the good stuff, except a hint of her left nip! Let's hope sometime in the future we'll get to see the rest of Monique Chachere's sensational pair!

4 Pics & 1 Clip
Nude, breasts 00:32:00 Monique enjoys soaking her chocolicious milk duds in a bubble bath before her girlfriend joins her for some Sapphic fun time.
Live Cams - View all