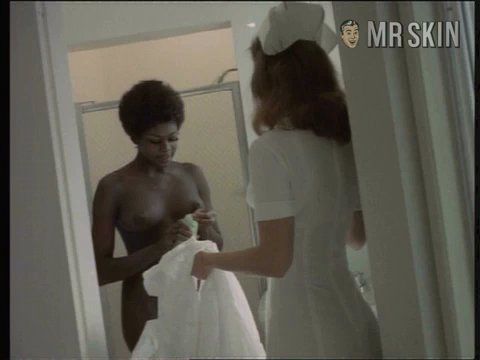 It might not seem like much of an honor to play Millie in a movie called Cherry, Harry & Raquel! (1970); simple math dictates that you’re guaranteed fourth billing at best! Then take into account that the immortal skinstress known as Uschi Digard is also on board, and a young actress might just get lost in the shuffle. Fortunately the director at hand was the legendarily tit-addicted Russ Meyer, so obviously the dark and lovely Michelle Grand would be given ample opportunity to shake her proverbial moneymakers. Michelle’s grand appearance would be of the full-frontal variety, as she gets naked in a rather public doctor’s office. Alas, Mr. Meyer would find no further use from this baby grand, and Cherry marked Shelly’s one and only sojourn into skinematic territory.