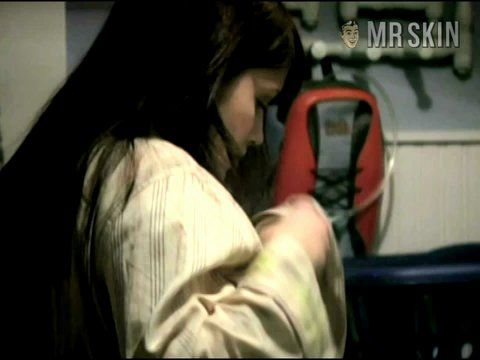 Marla Sokoloff started acting during her teens and quickly cornered the budding teeny-bopper market in such productions as Full House, The Baby-Sitters Club (1995), and Freaky Friday (1995). Marla even worked opposite the hottest of the li'l darlings, the lovely Alicia Silverstone, in True Crime (1995). But she's best known for her role on the hit series The Practice. "I love Lucy on The Practice," she says, "but I'm pretty uncomfortable with her short skirts and tight tops." No surprise to discover that this dark mama hasn't been very generous in the skin department. Having been firmly entrenched in the "teen-comedy" genre, Marla reached in the role of a young lady fighting an embarrassing gastrointestinal malady in The Date (1997) before appearing in Whatever it Takes (2000), the modern, teen-angst telling of Cyrano DeBergerac. But we're still waiting for Marla to Sokoloff it to me, baby!

A Date with Darkness: The Trial and Capture of Andrew Luster (2003) - as Connie

Over the Top - as Gwen Martin

Party of Five - as Jody Lynch