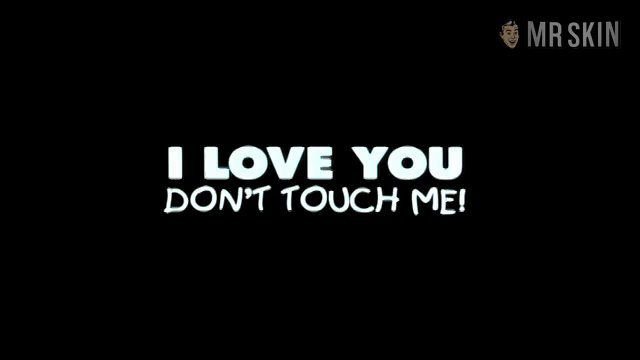 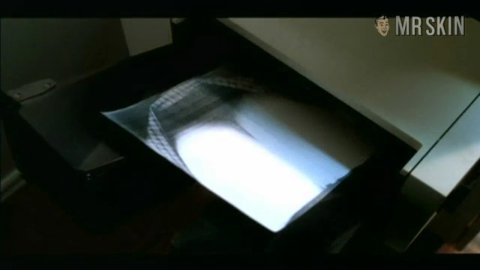 Marla Schaffel is an act-chest best known for her work in musical theater, especially the award-winning performance in the adaptation of Jane Eyre. The Miami, Florida-native, first made a name for herself while attending the Moscow Art Theatre, where she was featured in the first Soviet International Theatre Festival. Those without a communist fetish, probably are more interested in her boob tube work, starting with Kung Fu: The Legend Continues and a couple appearances on the Law & Order franchise. But, or do we mean butt, it’s in the romantic comedy I Love You, Don’t Touch Me! (1997) where she really shines, as in shiny heinie. Okay, we can’t keep beating around the bush. Marla shows her ass. That just got her a Tony in our pants.

3 Pics & 2 Clips
Nude, butt, body double 00:02:00 BODY DOUBLE?: Marla's pants come down to reveal a tiny bit of ass (which may be the work of a double), upon which is tattoed the word "hated". On the contrary, Mar, your buns inspire much, much love.
Live Cams - View all