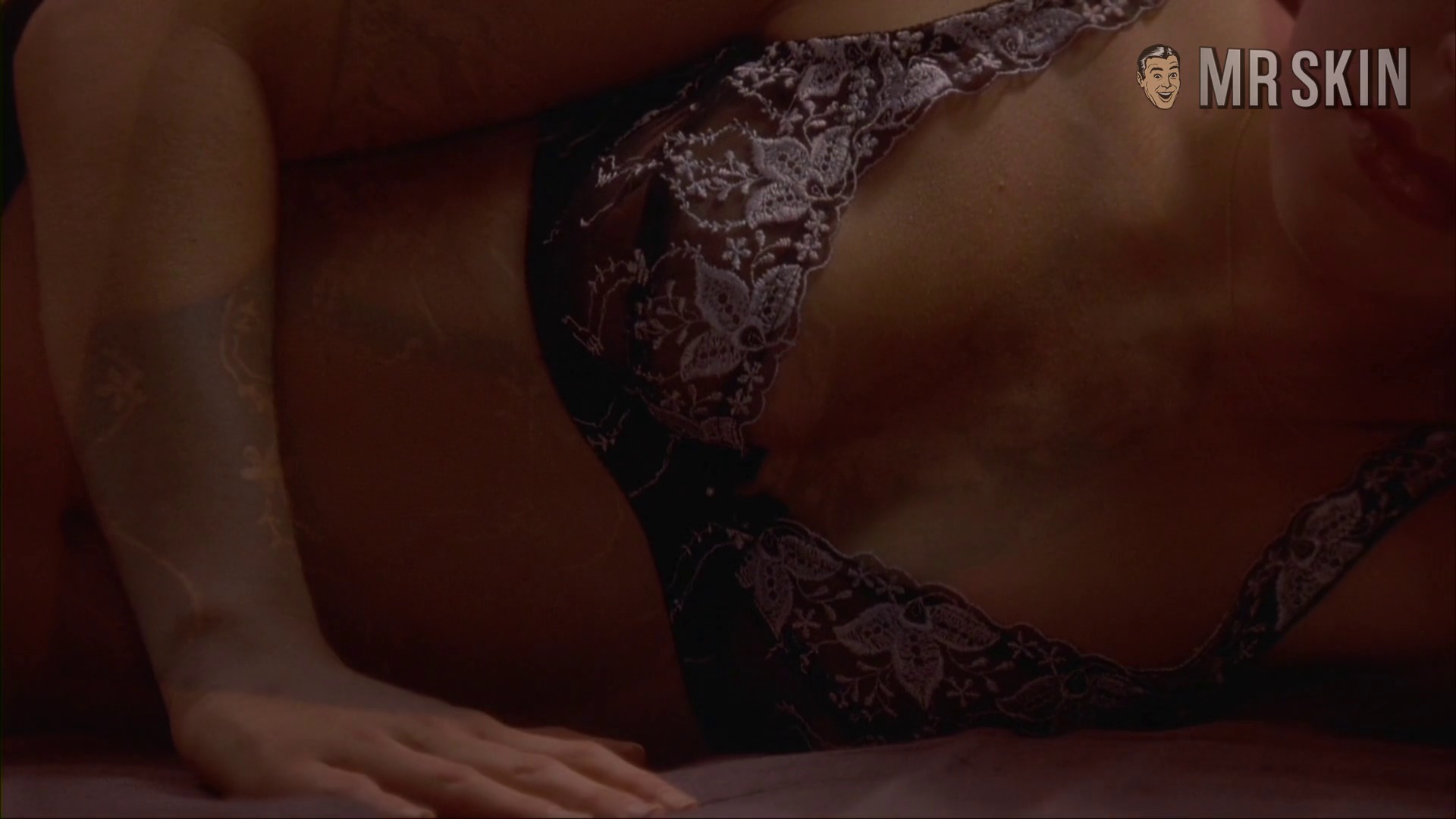 Dazed and Confused (1993) isn't just a cult classic. It also showcased the coming decade's sexiest young actresses, with Marissa Ribisi stealing scenes as a determined young Texas teen. This intense young beauty has been working regularly ever since, with some of her sexier outfits being in Reform School Girl (1994), The Brady Bunch Movie (1995), and True Crime (1999). She also scripted herself some good roles in Some Girl (1998) and According to Spencer (2001). But Marissa really got us massaging our rib in 100 Girls (2000), in which she stood out from the other 99 by doffing her underwear for a torrid topless scene.

4 Pics & 1 Clip
Nude, breasts, underwear 01:11:00 A nice long sequence of pans up and down her undy-clad body, then a good look at her ribcakes--er, RibISI cakes.