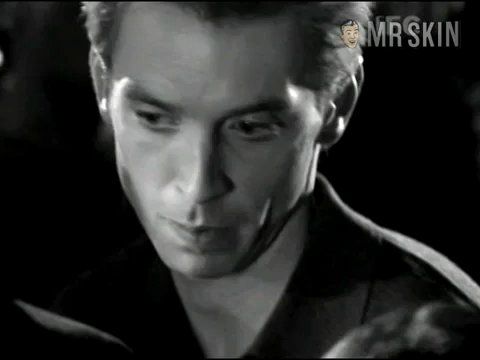 Fairytales and Pornography (2002)
Nude, breasts 01:15:00 A much better look at those Booth-boobs during another bedtime boff session. 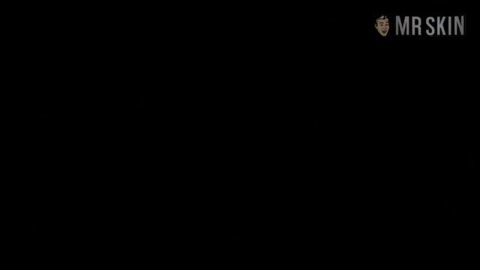 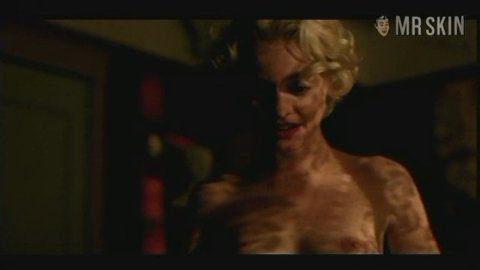 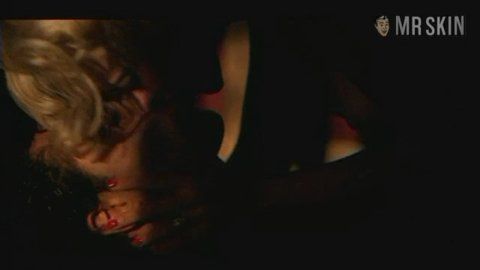 Lindy Booth is a cold Canadian who has been a bit too skingy throughout her career. But with those perky upturned tits and a face that was born to bob for meat sausage, it's hard to stay mad at the Northern pretty. Lindy certainly has had ample opportunity to flash her ample charms in such B-movies as Teenage Space Vampires (1998). The problem seems to be that she's spent most of her time on TV, most notably on the hit series Relic Hunter, which doesn't exactly lend itself to gratuitous nudity. Nevertheless, Lindy was kind enough to flash her hella-hooters and even her heavenly heinie in Century Hotel (2001). It's enough to make Mr. Skin do the Lindy hop . . . in his pants!

Fairytales and Pornography (2002) - as Laura

1 Pic & 2 Clips
Nude, breasts 01:15:00 A much better look at those Booth-boobs during another bedtime boff session.
Nude, butt 00:17:00 The artsy-fartsy video tricks and quick cuts make the best bits hard to see, but use the Skinvision and you'll catch a glance at Lindy's latter end and lung-cakes when she has sex on a bed.

9 Pics & 3 Clips
Nude, breasts, butt 01:29:00 Tits as she sits atop a guy and wields a gun. We get two clear looks, then some annoying darkness.
Nude, butt 00:51:00 Brief ass as scene fades into grunting couple in bed. Come back, backside!
Nude, breasts 01:11:00 Brief left tit as she straddles Noam Jenkins on floor. Okay, but shadowy.

Eerie, Indiana: The Other Dimension - as Carrie Taylor