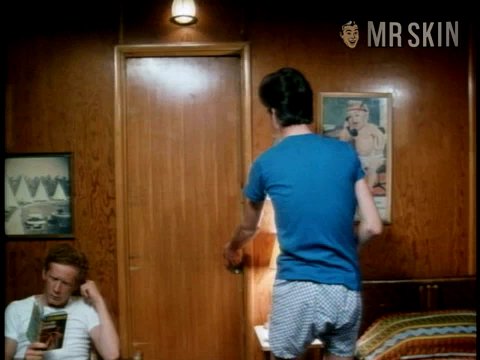 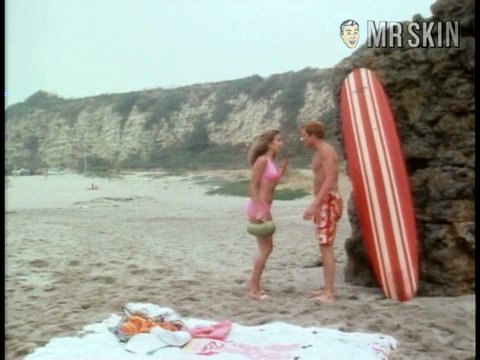 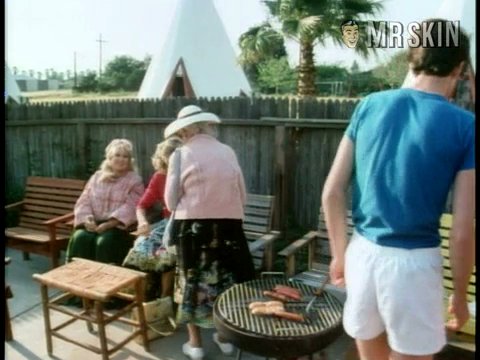 Linda Purl, who was at one time Mrs. Desi Arnaz Jr., landed her first big break with a role in the sci-fi picture Time Travelers (1966). But it would take a few years before audiences finally took note of the stunning young ingénue in Jory (1972). Sadly, Linda's cinematic career slowed down a bit shortly thereafter, and she took to boob-tube work. She landed a recurring role on Happy Days as Gloria in 1974 and returned as the much more notable Ashley Pfister toward the end of the show's run. Pfister . . . you bet! Although Linda certainly provided some eye-popping candy on the series, the Days would have been much Happier had she been allowed to shed her threads. Thankfully, Linda left one notable skinful skeleton in her career closet. In Crazy Mama (1975) she flashed some distant T&A when Bryan Englund and Don Most opened the door to the bathroom while she was drying off after a shower. It's brief, so be ready on that pause button! Since then, Linda has spent the better part of her time on TV, as well as touring with her nightclub act, so her career has been a bit on the skingy side. She may be well into middle age at this point, but Mr. Skin is still pulling for another glimpse of Linda's Purl.

Under Cover - as Kate Del'Amico

The Young Pioneers - as Molly Beaton