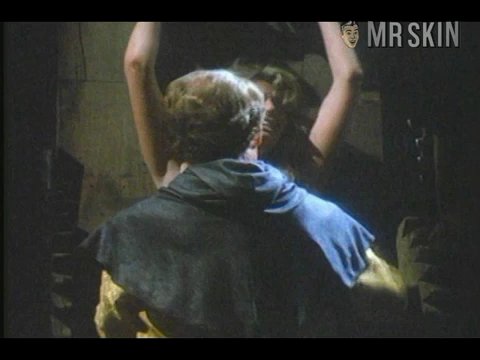 Barbarian Queen II (1989)
Nude, breasts 00:43:00 A mean (but lucky) bastard ties Lana to a torture rack and yanks down her top, supplying bare breastage for all the world to see. 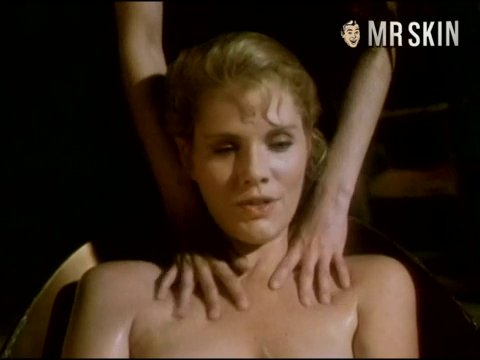 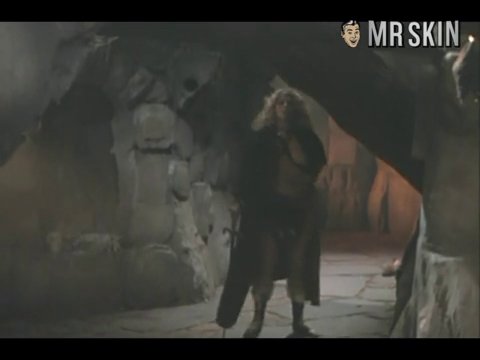 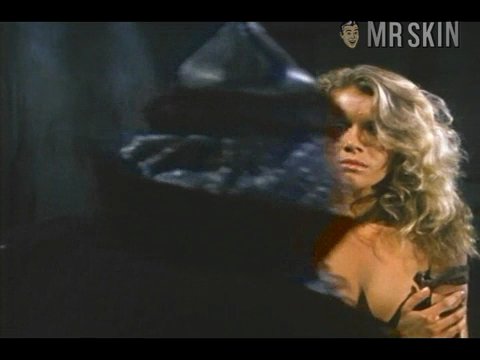 In a better world, statuesque and buxom California blonde Lana Clarkson would be remembered as the star attraction of five Roger Corman bare-breasted warrior-princess films that provided an inspiration and prototype for television's Xena. In this better world, the skin fanatic could spend an afternoon fixating purely upon Lana's unleashed mammaries in The Haunting of Morella (1990), Blind Date (1984), Death Stalker (1984), and Vice Girls (1996), all of which are graced with generous helpings of breasts so large and beckoning that they are the visual equivalent of comfort food. How then, in the world in which we live, do we digest the fact that Lana Clarkson will forever be remembered as the girl who was shot to death in record producer Phil Spector's Alhambra, California, house?

5 Pics & 1 Clip
Nude, breasts 00:11:00 Buxom blondie Lana serves up her mouthwatering milk-buckets getting in on in a bathroom.

10 Pics & 5 Clips
Nude, breasts 00:14:00 Blonde Lana's bodacious chest bounty pops out from her top as she wrestles outdoors in the mud with orange-maned, lesser-breasted Orietta Aguilar.
Nude, breasts 00:31:00 Left milk-wagon as Lana makes out with a guy on the grass.
Nude, breasts 00:43:00 A mean (but lucky) bastard ties Lana to a torture rack and yanks down her top, supplying bare breastage for all the world to see.
Nude, breasts 00:49:00 Great gazongas as a restrained Lana spends some more time just hangin' around.
Nude, breasts 00:51:00 Bare medieval mams as an unconscious Lana lies back on yet another torture rack.