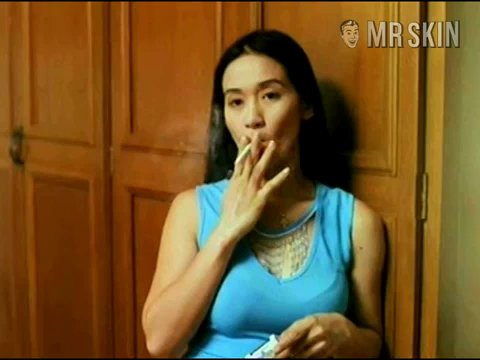 Kriselda Kristel hails from the Philippines where she stared in a couple of low budget drama/mystery movies in the early 2000’s. Not much is known about this about this Asian hottie other than the fact that she has an amazing body which she puts on display in Tag-init (2004), a drama where a group of vacationing friends discovers that members of their group are slowly disappearing. Kriselda’s will have you wanting to tag it when her clothes disappear as she hits the showers and gives us a full nude view while she washes up. At first we are treated to a shot of her meaty seat (she got a round booty for an Asian girl!), then she turns around to grab a towel and serves up a nice helping of her A-cups. You will find yourself involved in the mystery of your disappearing pants as you check out Kris's steamy shower scene!