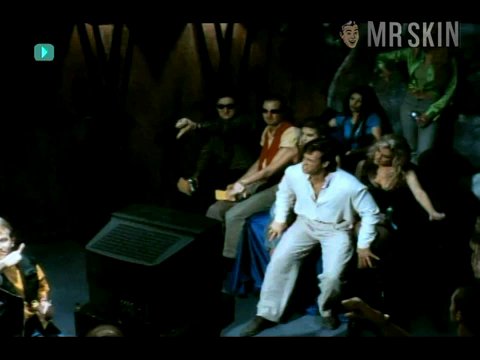 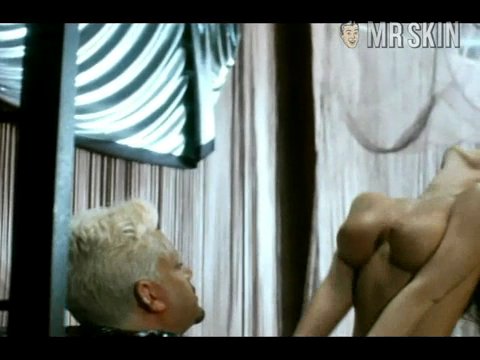 Popping up in a few B-movies and TV movies here and there in the late 90s is the Canadian actress Korrine St. Onge. She got her start in the comedy horror movie put out by Tales from the Crypt called Bordello of Blood (1996), in which she played one of the Bordello Vampires. Korrine then went on to appear on the TV show Viper and then the TV movie Mortal Challenge (1996) where she had a great boob unleashing scene. In front of a bunch of spectators and a camera mounted on the wall, she disrobes herself and climbs up on a guy for some mounting of her own. It’s all a ruse though, and she pulls out a knife after enough rocking of her fake funbags. Her final film was the Jerry Springer movie Ringmaster (1998), which shows more sexy action from this Hollywood hottie.