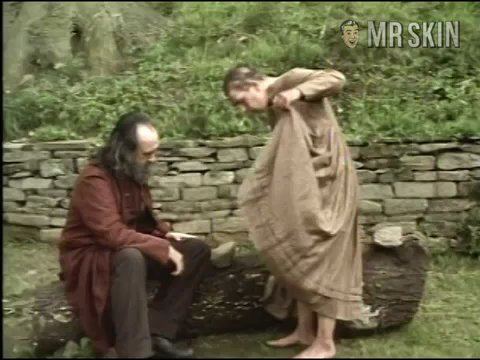 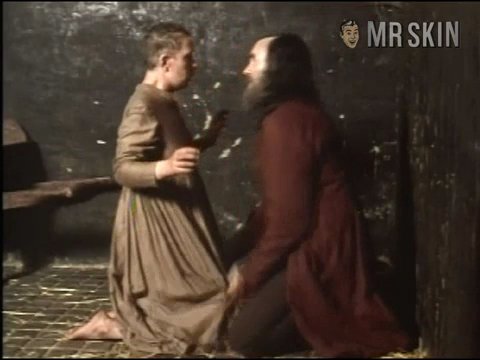 The very British Ms. Burke, although exceptional in productions like Elizabeth, in which she played “Queen Mary I,” is primarily known for her comedic bent. Of course, she isn’t exactly known for her “beauty,” either, but the ultra-frumpy Kathy was kind enough to show off all of her naked body in 1993’s Mr. Wroe’s Virgins, which also happened to feature a nice full-frontal of Minnie Driver, slightly prior to her big break here in America. In the mini-series, Kathy plays one of the seven virgins that are given to the leader of a wacky religious cult in 1830s England. (A story that has been told time and time again…) Like the rest of her cohorts, Kathy is made to be devirginized by Mr. Wroe, which leads to a fantastic nude scene, even though the already homely Kathy is sporting a crew-cut and is generally covered in filth.

Common As Muck - as Sharon