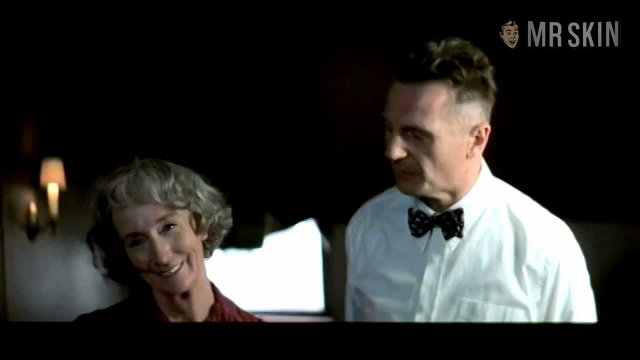 Kathleen Chalfant had a late start in film. She began her career with Five Corners (1987), followed by Miss Firecracker (1989), when she was in her early forties. The stage actress was also late to nudity. Her nude debut came just shy of her sixtieth birthday in the biopic of everybody’s favorite sexual scientist Kinsey (2004). She appears in an educational sex film with her floppers literally flopping about in a black-and-white scene that’ll have you seeing red in your pants. Does the old broad still have it? Oh, yes, and Mr. Skin wouldn’t mind having her!