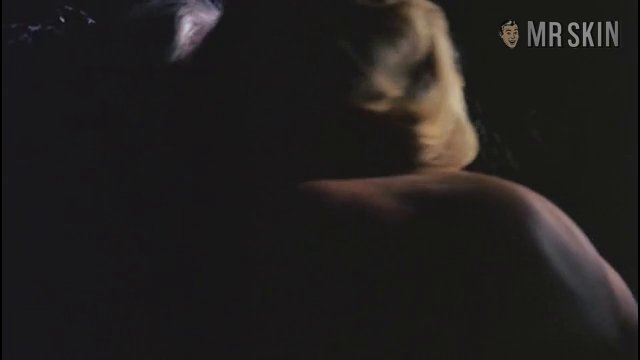 Scobie Malone (1975)
Nude, breasts, butt, bush With the help of a flash from a camera, we good a look at Judy's three B's.

Judy Morris was born in Queensland, Australia, which is only fitting, as she’s a royal piece of ass. The act-chest, film director and screenwriter has appeared in dozens of productions, but is perhaps most famous for creating the musical on which the animated hit Happy Feet (2006) was based on. She’s been working since age 10 on the boob tube, even on American boob tube, such as The Chevy Mystery Show, which was hosted by Vincent Price. Back in Australia she moved to more provocative material, as in the sex series Alvin Purple. Then there was the equally hot made-for-TV thriller, The Plumber (1979), about a young couple living in a campus apartment complex who are repeatedly harassed by an eccentric plumber. We do see Judy’s plumbing, but her tits are nice in the shower.

2 Pics & 1 Clip
Nude, breasts, butt, bush With the help of a flash from a camera, we good a look at Judy's three B's.

The Dave Allen Show in Australia - as Various

Mother and Son - as Liz Beare

Over There - as Elizabeth Kirby