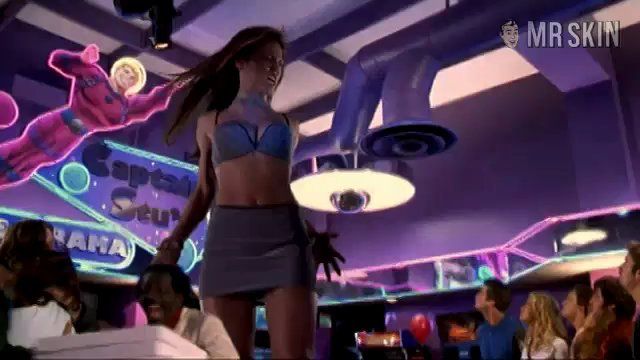 Despite her all-American name, Indonesian-born Jodi Ann Paterson is one of Playboy’s more exotic Playmates. The former Miss October 1999 soon graduated to being the Playmate of the Year 2000, and the skinsational details can be found in Playboy products such as Playboy Video Playmate Calendar 2001 (2000). Jodi then set out for the big time as an actress and got bigger than anybody could’ve dreamed. She’s billed as “Super Hot Giant Alien Chick” in the stoner comedy classic Dude, Where's My Car? (2000), and that’s truth in advertising. Jodi became a true icon to giantess fetishists as she towered over Ashton Kutcher in her tight cotton panties at the film’s . . . er, climax. Sadly, her phenomenal performance was ignored by the Academy, leaving us wondering, "Dude, where’s her stardom?"