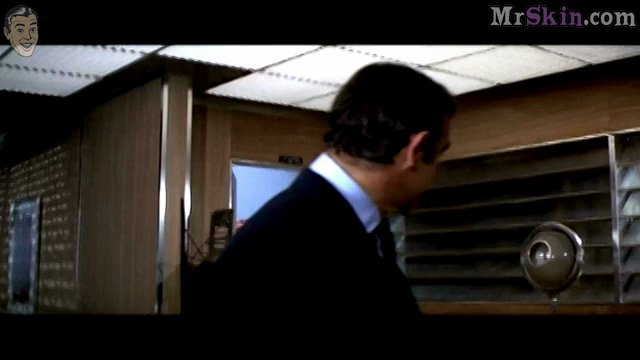 Diamonds Are Forever (1971)
Sexy, bikini 01:42:00 Jill St. Juff! This babe-with-the-smokinest-bod shimmies around and office in a purple bikini, and she says "yes" to crack when her buttockial cleavage peeps out of her bottoms. 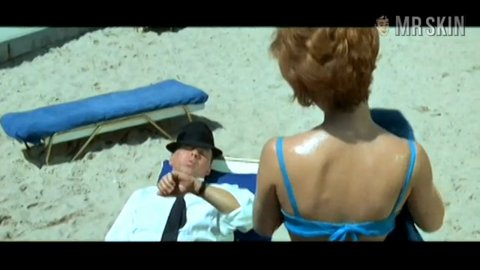 She has an IQ of 162, but Jill St. John built her fortune on some bountiful boobies spilling out of bikinis. The ’60s offered no finer cheesecake than Jill’s outrageous appearances in films such as The Roman Spring of Mrs. Stone (1961), Who's Been Sleeping in My Bed? (1963), and Tony Rome (1967). Her strip scene in The Oscar (1966) is still a classic moment in changing moral codes. Jill’s also one of the great Bond girls in Diamonds are Forever (1971), where her massive melons really got iconic. Jill was probably heading towards some sexy senior years, too, but a happy marriage to actor Robert Wagner apparently cooled the wild side of this notorious party girl. She’s been a lot more legit in her later years, but one look at Jill’s early days makes it clear why she, along with Marilyn Monroe and Angie Dickinson, was a favorite companion to The Rat Pack.