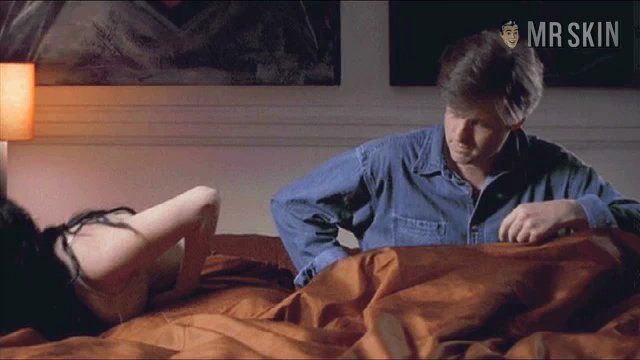 Opie Gets Laid (2005)
Sexy, underwear Jesselynn Desmond is skintastic in this sexy scene!

Those with an interest in obscure awards may recognize Jesselynn Desmond from her induction into the College Football Hall of Fame as the country's loudest screaming football fan. Others may remember her as Wire, the contestant eliminated in the second episode of Season Two of the VH1 reality show Flavor of Love. Jesselynn has also appeared in Boogie with the Undead (2003), The Hood Has Eyez (2007), and Ghosts of Genius (2003), where she portrayed music legend Janis Joplin. Jesselynn’s juggelynns have stayed under wraps so far, but we do see her wearing a bra in the 2005 comedy Opie Gets Laid.