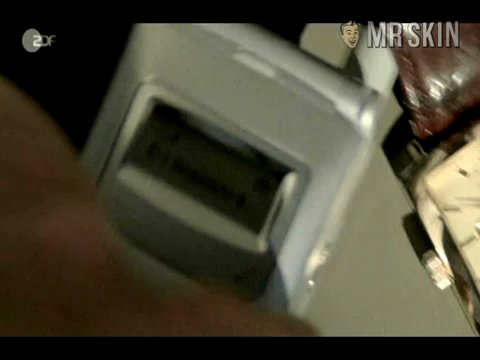 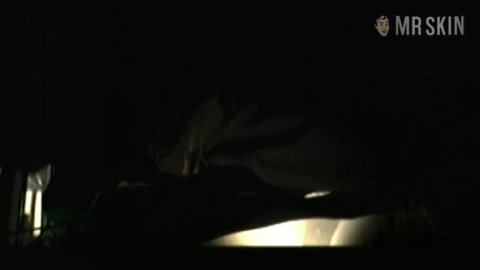 I Love You Baby (2000) Nude, breasts, butt 00:07:00 You've gotta love it when the opening credits feature nudity and sex. Brief glimpses of Jasmin's breasts and buns, a little undercover oral, but it's all a little arty. 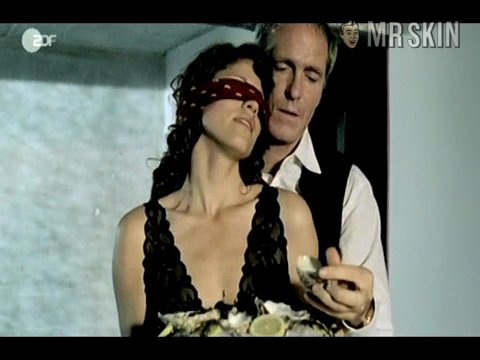 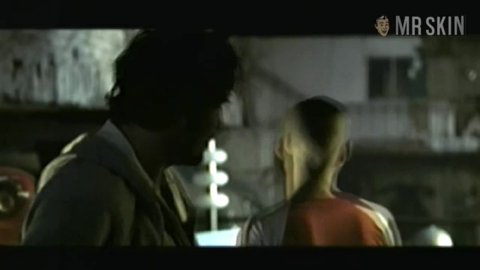 Jasmin Gerat is the most beautiful actress that you will never hear of. That is, unless you are reading this, of course. After she won some contest held by some German magazine, Jasmin landed a role as a presenter on the hit German series Heart Attack. Seeing her potential, Jasmin was duly recruited for several productions, including the hit series First Love as well as the films Caipiranha (1998), Das Herz des Priesters (2000) and I Love You, Baby (2000), which featured her most notable nudity to date. Jasmin went bald for the role, in more ways than one! In fact, there are some rather steamy scenes that involve some carpet-munching, although it is difficult to call it that when there isn't any carpet to munch. Maybe silk-sucking or something. At any rate, she has since gone on to appear as a vee-jay on German MTV and on the series Küstenwache, whatever that means. America needs a German invasion from Jasmin and her rich, aromatic hotness.

5 Pics & 3 Clips
Nude, breasts 00:40:00 First a rather close-up (but out of focus look) at Jasmin's right juggola, then both breasts when August Zirner approaches her. Gerat is great!
Nude, breasts 01:11:00 She lies in bed for some pillow talk with August, and gives us a nice look at her right hand mam.

6 Pics & 6 Clips
Nude, breasts, butt 00:07:00 You've gotta love it when the opening credits feature nudity and sex. Brief glimpses of Jasmin's breasts and buns, a little undercover oral, but it's all a little arty.
Nude, breasts 00:52:00 Jasmin's left floater pops up ever-so-briefly in the tub. It's a bit dark and soapy, and she's bald, but if you're a Sinead O'Connor fan...
Nude, breasts 01:26:00 A shiny-headed Jasmin takes off her bikini top late at night and heads for the surf. Brief and dark, and only seen from the side, but even quick breasts beat no breasts at all...