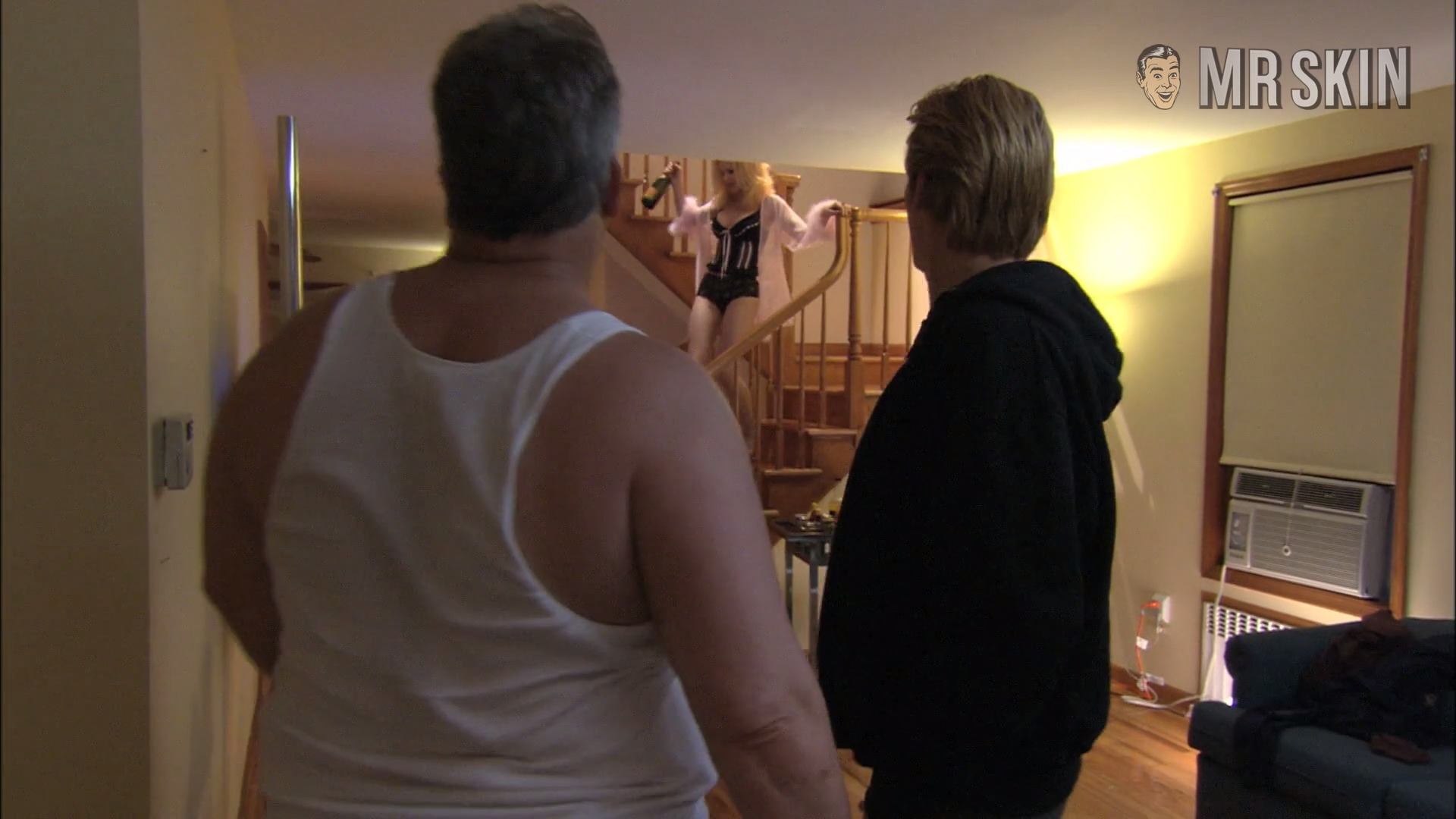 The juicy Janet Arneau is an actress best known for her work in Hipster Vice (20120, Rescue Me, and King of California (2007). Janet made her onscreen debut in the short film Beyond Reason (1995), but our favorite place to see her get stripped and sexy is in the TV series Rescue Me. Janet plays a prostitute in this firefighter series, giving us a chance to see her amazing cleavage! Janet and another gorgeous babe are hanging out with two lucky older gentlemen. We get a great look at Janet’s toned tummy and impressive cleavage in her black lingerie and mesh teddy. Somebody call the fire department because Janet is smokin’ hot!