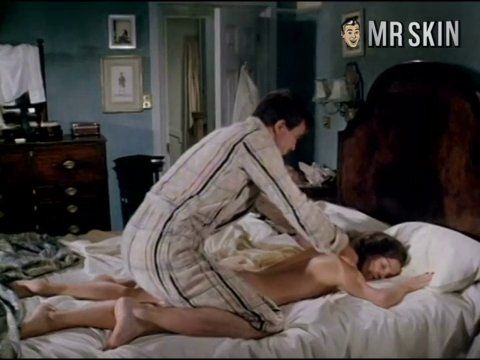 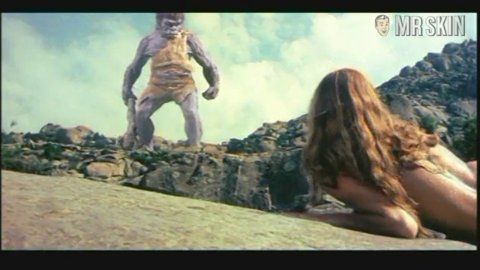 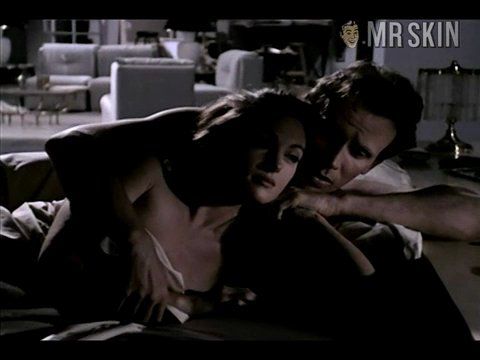 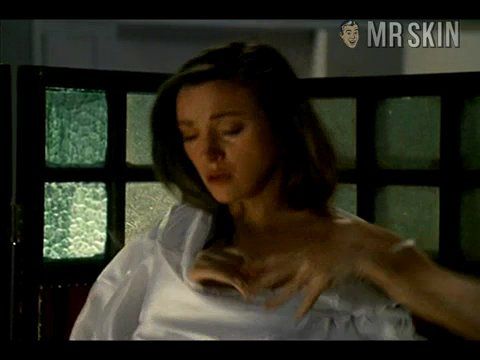 Known to most as Dr. Quinn, Medicine Woman and dubbed the Queen of the Mini-Series, two-time Golden Globe winner Jane Seymour has been turning heads for more than half a century with her slightly skewed smile, refined nose and rock, solid bod! The former model received international fame in the James Bond film Live and Let Die (1973), wherein her chest nearly spills out of her dress as she’s literally carried away. In Sinbad and the Eye of the Tiger (1977), the British babe proves baby got back (and nip) while sunbathing and exposes her bum during a skinny-dip! Arousing appearances in the fantasy Oh! Heavenly Dog (1980) and the thriller The Haunting Passion (1983) followed, as did a chance to reveal her rack and rump in the heist flick Lassiter. Once audiences checked out Jane’s cleavage by checking in to Jamaica Inn (1985), they could see more of Seymour in The Tunnel (1987) since she flashes her flesh with Peter Weller, while in bed and on the floor!

The alluring actress is mamtastic in Matters of the Heart (1990) and looks hot in Sunstroke and Are You Lonesome Tonight (both in 1992). With the made-for-cable drama Enslavement: The True Story of Fanny Kemble (2000), Jane frees her side boob. Years later, the curvaceous cougar insists Owen Wilson squeeze her bare breasts in the box office hit Wedding Crashers (2005), which won Seymour a Mr. Skin Anatomy Award! At the risk of being typecast, the seductive senior continued to try and turn on younger men by stripping down to her corset, skivvies and lingerie in the comedies Blind Dating (2006), In Case of Emergency (2007), and Sandy Wexler (2017), respectively. Whether performing on film with Mistrust (2018) or TV with The Kominsky Method (2019), Jane continues to titillate fans with her timeless charms!

Are You Lonesome Tonight (1992) - as Adrienne Welles

6 Pics & 5 Clips
Nude, butt 01:48:00 Muchas glassy-ass! Jane changed behind glass, giving us a much-needed longer look at that backside.
Nude, breasts 00:31:00 She cuddles with her dude in bed, exposing just a touch of left boobie. Can we Seymour, please?
Nude, breasts 00:46:00 . . . yes we can! But only a brief bit of the right snoob as she gets out of bed.
Nude, breasts 00:47:00 A step in the right direction . . . this time we see BOTH of those majestic mams when she angrily throws on a slip. It's quick, though. Mega-quick.
Nude, butt 00:50:00 Dr. Quinn delivers a shot of sexy medicine--right to your groin! She gets manhandled on the floor, exposing a small flash of her firm fanny.

Captains and the Kings (1976) - as Marjorie Chisholm

Celebrity Dish - as Herself

Dale's All Stars - as Herself

The Onedin Line - as Emma Callon

The Pathfinders - as Sheila Conway