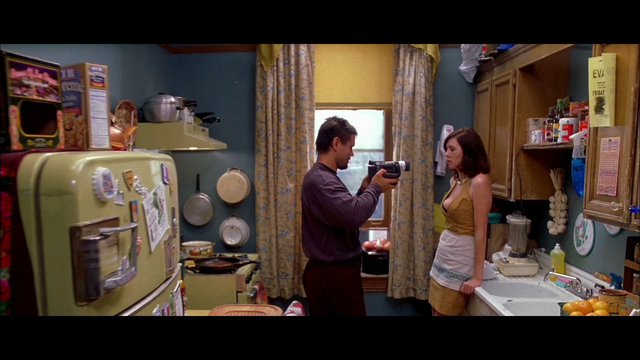 The beautiful, young, possibly talented Irina Gasanova first appeared in mainstream cinema with a bit part as a waitress in the incredibly funny Tin Cup in 1996, but she had to wait a few years before her next role in 1999’s No Vacancy, in which she played another bit part, although it was a tad meatier than her previous outing. Another bit part was short in coming after that one, in the 2001 Robert De Niro flick 15 Minutes. This time, Irina had the opportunity to show off some eye-popping cleave-ature, although she stopped just short of pulling her melons out for some bouncing breast action. So sad.