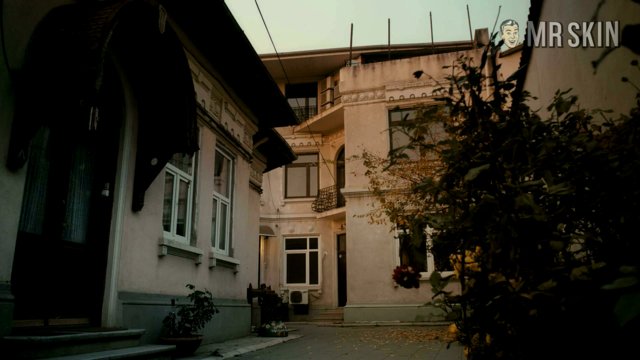 Born to Raise Hell (2010)
Nude, breasts 00:43:05 Irina is Born to Raise Wangs, and she proves it going topless and getting it on with Steven Seagal.

Ravishing Romanian babe Irina Antonie got her start on Romanian television, appearing on the series Anticamera in 2008. From there she went on to appear as "Tunde the Hungarian Maid" on the series Aniela in 2009. It seemed as though she might be destined for a career in television when the call came down that changes an actress's life in an instant. In 2010 she was cast to star alongside worldwide action star and kimono aficionado Steven Seagal in his latest presumably direct to video epic Born to Raise Hell (2010). Anyone that doubts her skills as an actress need look no further than her sex scene opposite the bloated Seagal. She looks like she might actually be enjoying their rendezvous! Be sure to check out her spectacular rack before Seagal put his sweaty paws all over her! Though it looks like it may have ended her career (she's done only one film since then), we sure are glad that Irina was able to suffer for her art so we could reap the benefits!

7 Pics & 1 Clip
Nude, breasts 00:43:05 Irina is Born to Raise Wangs, and she proves it going topless and getting it on with Steven Seagal.
Live Cams - View all