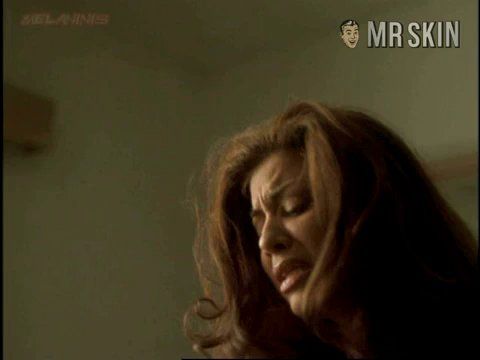 Very Mean Men (2000)
Nude, breasts First we get side-boob from Idalis DeLeon as she grinds on a guy. Then Lana Parrilla brings out her upturned umlauts to mirror the last scene. 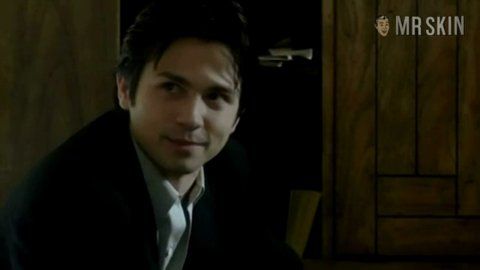 Six Feet Under (2001-2005) Nude, breasts Ep. 04x02 Feast your eyes on those gargantuan glandoids when she cheekily changes clothes. 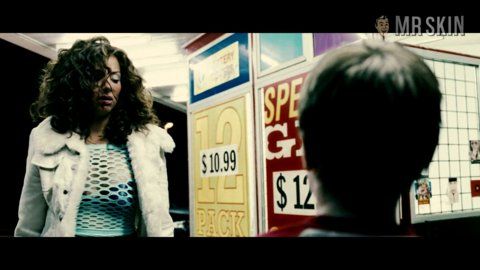 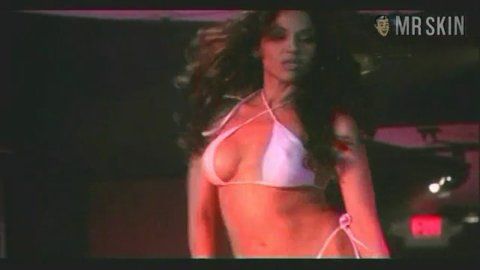 Television is a medium that both promises and rewards. As the devoted viewer faithfully sits in front of his set, soaking up the quick-cut images of sexually alluring women and funky dances they do, occasionally a particularly hot strumpet will come into view. Such is the case with mocha-skinned Manhattan Latin Idalis DeLeon. Always sporting a lascivious grin and several pounds of bra ballast that threatened to burst out of their holster, Idalis became a prominent fixation while veejaying and as a special correspondent on the booty-rockin' MTV. Her every appearance seemed to promise that next time those bangin' boobs might just bump into view. A few years later, the devoted fan is still faithful at his set, and boom! There's Idalis, playing a titty-bar dancer on Six Feet Under. The jugs float out on their own, and the camera zeros in on the DeLeon derriere while Idalis squats to the floor in sparkling Lucite spiked heels. Only the skimpiest of G-strings keeps the brown beauty's brown eye from winking out at the camera. Reward!

1 Pic & 1 Clip
Nude, breasts First we get side-boob from Idalis DeLeon as she grinds on a guy. Then Lana Parrilla brings out her upturned umlauts to mirror the last scene.