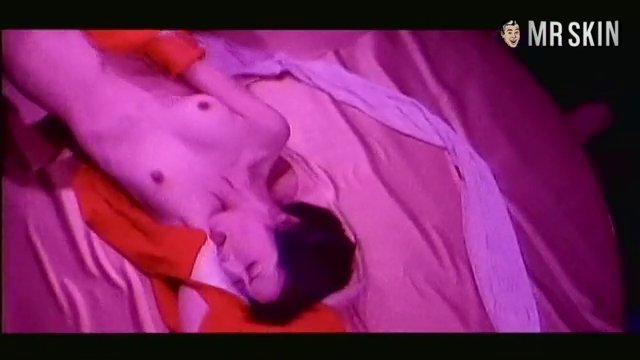 Hitomi Shimizu has been making the business of show hot since her debut in the Japanese dramaKyukyoku Onanii Yume Zigoku (1986). She’s also worked her magic on the boob tube, but we prefer Edogawa Rampo monogatari: Yaneura no sanpo sha (1994) for it’s sexy look at Hitomi’s hooters. Even better isDebeso (1996), which features the tits, ass and even a bit of bush from our lady as she writhes in naked ecstasy for the pleasure of a group of fully dressed gentlemen. It’s a weird scene, and weirdly arousing in the way that only Hitomi can be. Hit us again, babe!