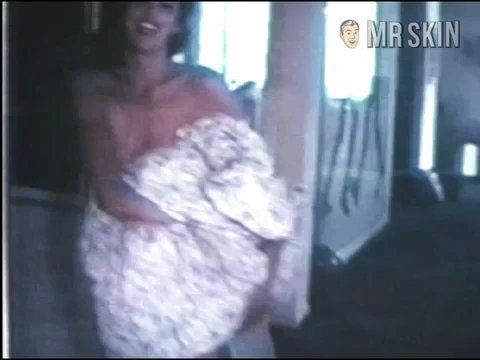 nude but covering self hallway being filmed girl running away

Heidi Fleiss will always be the Hollywood Madam, the fox who ran the cathouse for the big-screen sharks. But after her arrest in 1993 and imprisonment for tax evasion and money laundering a few years later, Heidi went straight . . . to video. She sidestepped to filmdom with The Doom Generation (1995) in a cameo as a liquor-store clerk, but for more skin-friendly entertainment we have to go to the videotape. With Victoria Sellers, daughter of celebrated actor Peter Sellers, and stellar-breasted Britt Ekland, Heidi starred in Sex Tips with Heidi Fleiss and Victoria Sellers (2001). The ladies of the night reveal how to make your woman a happy hooker but reveal very little of their own charms. For a glimpse of Heidi's hooters, check out her documentary Heidi Fleiss: Hollywood Madam (1995). She's since penned a tell-all tome called Pandering in which she reproduces her invitation to President Bill Clinton's inauguration--big surprise--and a letter from Princess Diana that reads: "Thanks, Heidi, what a babe. He rocked my world." Heidi 'ho.