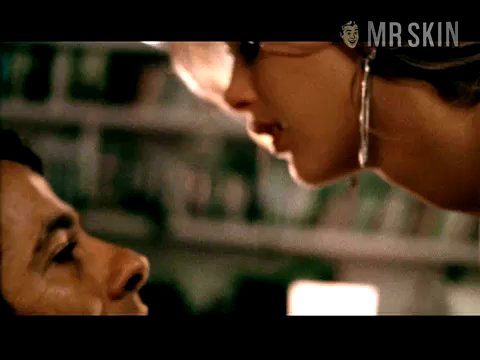 Gianne Albertoni was born in São Paulo, Brazil. She’s both an act-chest and a model, which is good, because we could look at her forever. Gianne was discovered when she was only 13 years old by photographer Sérgio Valle Duarte, and four months later in Milan she was catwalking the runway for big-time designers. Lately, she has co-hosted the Brazilian variety program Hoje em Dia, but it’s her work on the boob tube that gets our panties in a knot. Take for example, the crime drama Mandrake, where she had a guest appearance as Gigi, showing her boobies, while mounting her man. Now we know why they’re called the Mounties, even if that’s in Canada.

2 Pics & 1 Clip
Nude, breasts Ep. 01x04 See Gianne's juicy jigglers when she gets horizontal with a guy in bed.
Live Cams - View all