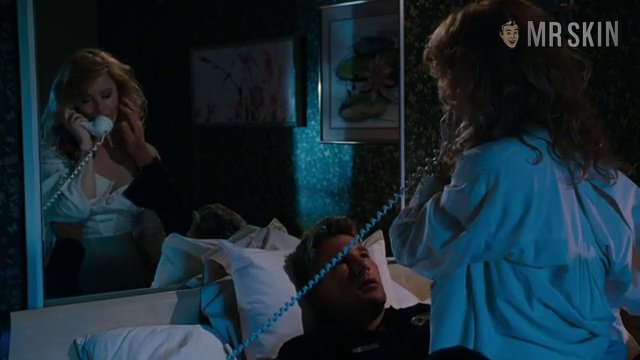 Internal Affairs (1990)
Nude, breasts 00:50:00 Faye Grants us a great glance at her right hand mam reflected in the mirror when she mounts Richard Gere in a drooping shirt. 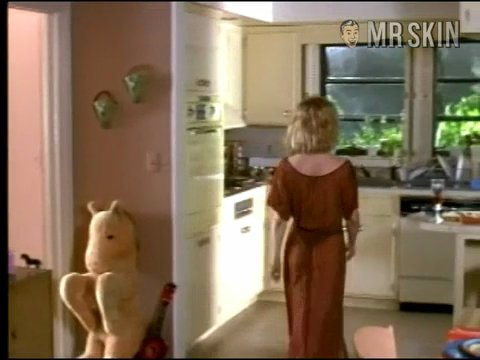 Traces of Red (1992) Sexy Faye Grant is skintastic in this sexy scene! 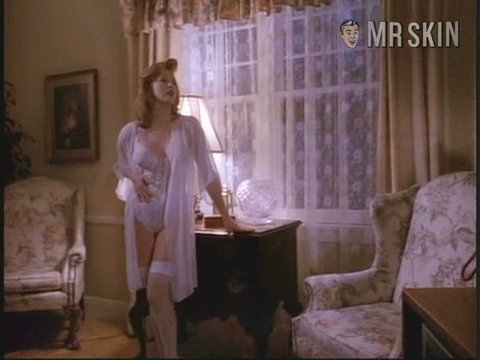 Tales from the Crypt (1989-1996) Sexy Foxy Faye seduces the TV repairman successfully when she appears in a lacy lingerie ensemble.
+9
More Pics &
Clips >>

"Believe it or not, I'm walking on air!" sang audiences when they first caught a glimpse of blonde beauty Faye Grant in her debut, the short-lived TV series The Greatest American Hero. But she's most famous for fighting alien invaders in the mini-series V (1983), the follow-up V: The Final Battle (1984), and the series V. Too bad none of those reptilian rascals had a ray gun that would zap Faye's clothing off and change the show's title to X. For skinage check out her big-screen breast-formances. At first, li'l five-foot-three-inch Faye was timid, not disrobing in Crossing Delancy (1988), and maybe it was just too cold in January Man (1989). Then came her bedding down with American Gigolo Richard Gere in Internal Affairs (1990). Faye rode Richard's Gere while one of her hefty jugs overflowed from her top. May Faye Grant us more skin in the future.

4 Pics & 1 Clip
Nude, breasts 00:50:00 Faye Grants us a great glance at her right hand mam reflected in the mirror when she mounts Richard Gere in a drooping shirt.

State of Grace - as Tattie McKee