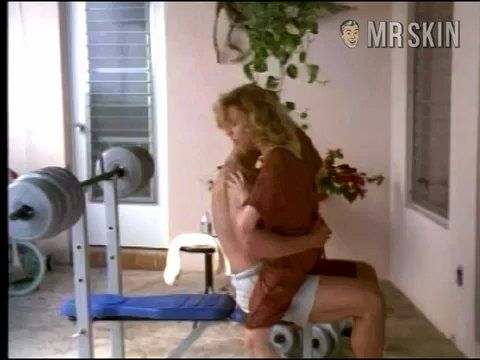 Traces of Red (1992)
Sexy Faye Grant is skintastic in this sexy scene!

In Traces of Red (1992) James Belushi is a womanizing Palm Beach detective who keeps getting called to murder cases where he’s slept with the dead woman. Lorraine Bracco--dolled up as a blonde--is his only ex-lover who seems more capable of killing than getting killed. Everyone else in the cast--including Tony Goldwyn as Belushi’s partner--acts pretty suspicious, too. This curious thriller boasts a seriously sexy cast of potential victims, including a very nice turn by older woman Faye Grant. Bracco’s nude scene utilizes a body double, but Michelle Joyner and Katheryn Culliver Pierce make for stunning targets. Actually, we don’t see Pierce until after she’s been fatally pierced, but you have to respect a good-looking corpse.