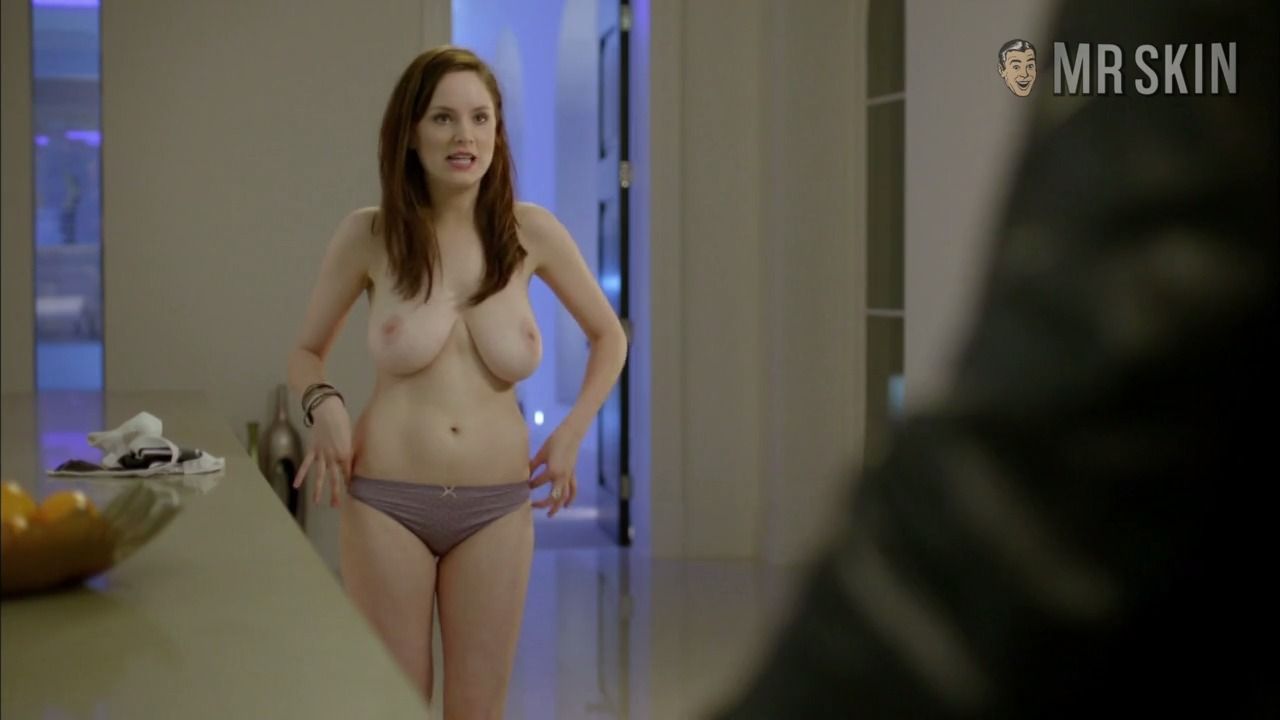 Episodes (2011-2017)
Nude, breasts, underwear Ep. 02x06 Sophie looks racktastic as she shows her outstanding natural breasts while standing in Matt LeBlanc's kitchen. We get some great looks at his stalker, before he gives her the boot.

Stephen Mangan and Tamsin Greig are a married pair of TV writers who come to the states when their UK TV show is remade for an American audience starring Friends star Matt LeBlanc (playing a fictionalized version of himself) on the Showtime series Episodes. But they run into trouble with a pushy Hollywood producer (John Pankow) who's not afraid to make changes. A more welcome change is big-breasted nudecomer Sophie Rundle, who loses her shirt as a mentally unstable--and physically undressed--teenager named Labia. That'll get you touching your dial. Tamsin Greig and Mircea Monroe both strip down to their underwear for this series. Then the foxy Fiona Giascott and the sexy Sarah Armstrong both show off their fantastic fannies! Not to mention, Kathleen Rose Perkins and Andrea Savage both lez out, sharing a luscious lip lock in the bathroom! You’re going to have an episode of horniness after getting a look at these erotic Episodes babes!