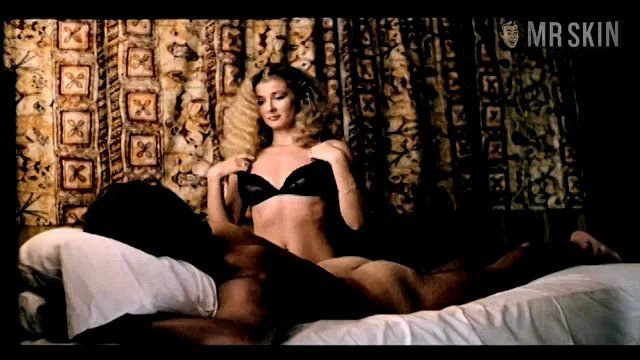 Pacific Banana (1981)
Nude, breasts 00:28:00 Nice look at her spectacular rackular as she prepares for porking in bed.

Australian arouser Deborah Gray was working in the typing pool at sixteen in her country’s House of Parliament. The Prime Minister chose her for his private staff, if you know what we mean. Sadly we mean executive staff, not the one in his pants, so Deborah began to work as a model and actress, landing a regular gig on the sexy soap Number 96. There she gained recognition as the first Aussie TV personality to go full frontal on the boob tube. She became an instant sex symbol. She released some singles and continues to release jazz CDs, as well as books on spells and witchcraft. If you want to get under the blonde enchantress’s spell, check out her full-frontal perv-formance in John D. Lamond’s Pacific Banana (1981). Regardless of where your banana is, you’ll find it quite a-peel-ling.

7 Pics & 1 Clip
Nude, breasts 00:28:00 Nice look at her spectacular rackular as she prepares for porking in bed.

The Young Doctors - as NA