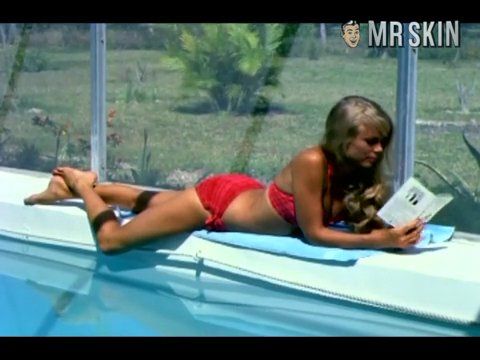 For being Playmate of the Month for June of 1963, Connie Mason sure never showed her goodies on screen. What a pity, too, because she was hot in her day… She only appeared in two films; 1963’s ~Blood Feast~, for which she was paid a meager $175, and 1964’s ~Two Thousand Maniacs~, which I am sure she broke the $200 limit on.Neither film is a classic, nor were they exceptionally successful at the box office, but in ~Blood Feast~, we get to see Ms. Mason in a lovely little bikini. As for the latter film, I am to understand that it really sucks, and has a lot of gore, and not a lot of Connie. Much. At any rate, for a better look at Connie Mason, you are going to have to dig through Grandpa’s Playboys, hoping to find the right one.