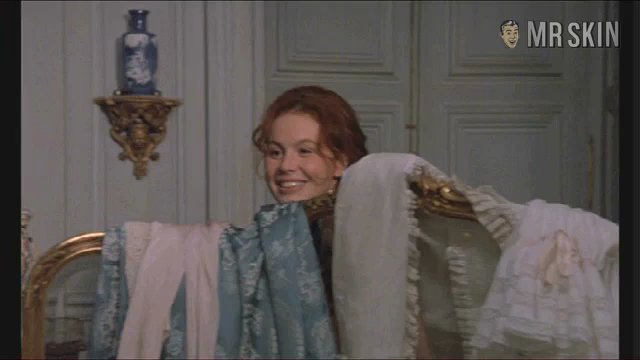 The Night and the Moment (1994)
Nude, breasts 00:24:00 It's a barrel of Carole casabas when she emerges from behind a changing screen sans shirt.

The cliché about redheads is that they’re hot. But there’s truth in them thar hills. Just take a look at Carole Richert’s hills and you’ll be blinded by the light. She first steamed up a bath scene in the made-for-TV Papa veut pas que je t’épouse (1992), but that was just the beginning of her ten-strong skin features to date. If we had to choose one to watch, then it would be the comedy Je hais les enfants (2003), another TV movie, but she’s just as fetching in her most recent exposure on the boob tube, Je hais les parents (2006). It’s hard to choose with Carole. Hell, it’s just hard.

2 Pics & 1 Clip
Nude, breasts 00:24:00 It's a barrel of Carole casabas when she emerges from behind a changing screen sans shirt.