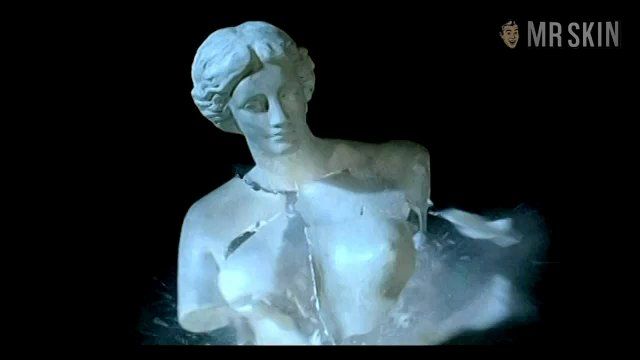 Betsy Clark actually broke into the business as a stunt woman, taking her first gig in The Man with One Red Shoe (1985). However, the rough-and-tumble world of stunt-doubles belies Betsy's beauty. This became quite evident when Betsy landed a small supporting role in the ultra-skinful Boxing Helena (1993). Sure, she didn't appear on screen as much as the star of the show, Sherilyn Fenn, nor even as much as supporting cast members Nicolette Scorsese or Meg Register, but, hey, she didn't get her arms and legs cut off! (Insert canned laughter here.) In fact, she managed to cause a small blip on our skin-o-scope here at skinquarters with a brief breast flash or two as well as a nice bra-clad scene. Sadly, Betsy's kept herself pretty well covered up since then in movies like Dead Girl (1996), Loved (1997) and Hollywood Buddha (2003). Heavens to Betsy, how about a second go-round?