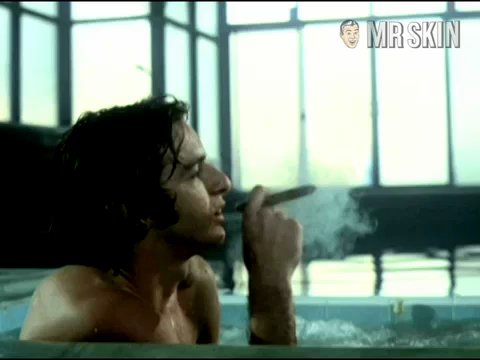 Joyride (1977)
Nude, breasts 00:59:00 June Lockhart's little girl is topless and sucking on a long cylindrical object (relax, it's a cigar) in the jacuzzi with her three pals. Mom would be so proud! 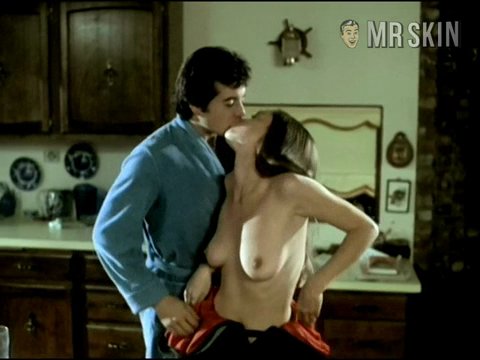 Anne Lockhart is lucky. She got an inside track to her successful career thanks to Mommy, Lassie's June Lockhart. Her first role came in Jory (1972) opposite Robby Benson, but she soon turned to the boob tube as her main source of income, appearing on various episodes of basically every TV series from 1972 on. She does, however, boast a rather formidable film career, although with a lot of questionable material such as Slashed Dreams (1974). Of course, this leads to onscreen nudity, as was the case with Joyride (1977) opposite the likes of Melanie Griffith and Robert Carradine. Talk about a joyride, Anne went topless in a few scenes, but good luck trying to find the video, as it is long out of print and very few rental places carry it. Cross your fingers that it's reissued on DVD soon. Since then, she has kept her top on and gone on to appear on the series Battlestar Galactica as well as lending her voice to The Little Mermaid (1989) and Total Recall (1990). If Anne would only let us recall her totally hot body again, she'd have a lock on our heart-on.

9 Pics & 2 Clips
Nude, breasts 00:59:00 June Lockhart's little girl is topless and sucking on a long cylindrical object (relax, it's a cigar) in the jacuzzi with her three pals. Mom would be so proud!
Nude, breasts 01:00:00 A great view of Lockhart's love bubbles as she's seduced in the kitchen by the suave Desi Arnaz Jr. Smooth.