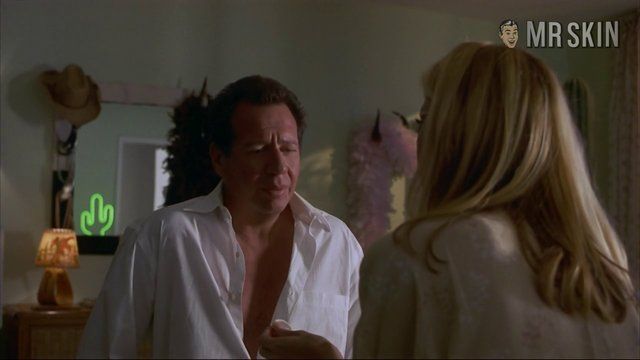 What Planet Are You From? (2000)
Nude, breasts 00:16:49 Sakelaris's left sack pops out of her shirt when she's sitting on the bed with Gary Shandling. Thankfully, his boobs remain under wraps. 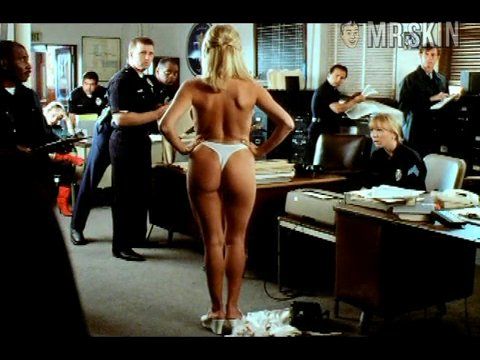 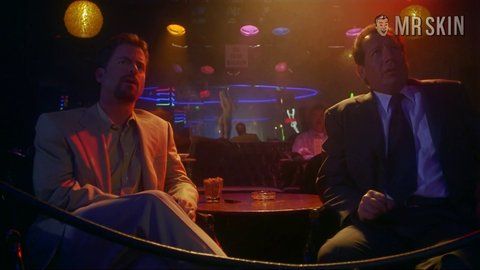 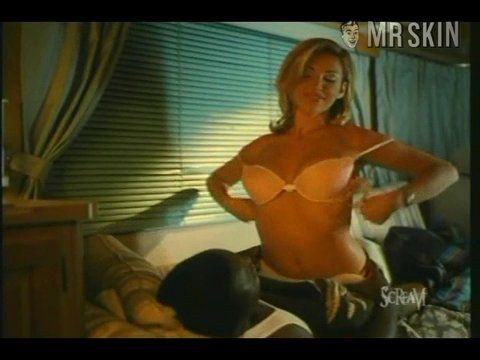 Anastasia very well may be an excellent actress, although it is hard to tell, since she hasn’t really gotten any decent roles, to date. She has appeared in several television series’ of note, including Silk Stalkings, Caroline in the City, and Home Improvement, but never as a regular. Her big break was in Alien Avengers in 1996, but you may recognize her as one of the ‘60s Models in Austin Powers: International Man of Mystery. After her bit part in Austin Powers, Anastasia took a role in the black and white sleeper Bao before heading back to the Alien Avengers sequel, which happens to be her most Skinful role to date. In it, we get several good looks at her plump, high-rise breasts in various stages of undress. Lately, she appeared in the Garry Shandling comedy What Planet Are You From?, in which she does a little striptease with only a small star pasty on each nip. It is definitely hot, and worth a look.

7 Pics & 2 Clips
Nude, breasts 00:16:49 Sakelaris's left sack pops out of her shirt when she's sitting on the bed with Gary Shandling. Thankfully, his boobs remain under wraps.

7 Pics & 3 Clips
Nude, breasts 00:40:00 Quick-but-meaty milkbaggage as Anastasia steps toward the bed to seduce a fella.
Nude, breasts 00:51:00 Delicious shot of her 100% natural dairy duo as Stacy disrobes in a police station.
Nude, breasts 00:25:00 She trances out on her bed, and the swirling, twirling lights play deliciously over her bare right nippo.