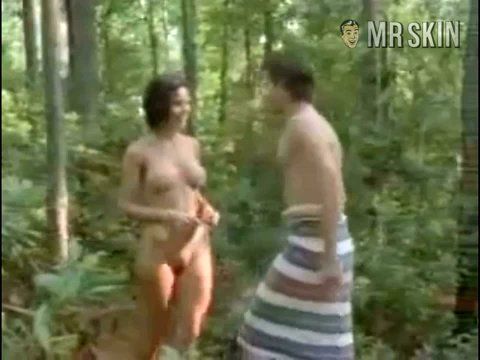 Going to California (2001-2002)
Nude, breasts, bush, butt A bevy of fully naked babes are hanging out in a nudist camp including the impressively stacked Alesha Oreskovich. 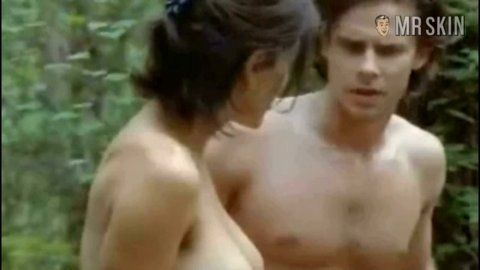 Going to California (2001-2002) Nude, breasts, bush, butt Alesha bares every luscious inch of her naked body while going about her business at a nudist camp. Including jumping jacks. Bouncy!
+2
More Pics &
Clips >>

Alesha first flashed up on our Skin Central Skin-o-Scope way back in June 1993 when she appeared in all her naked glory on the wonderful, hallowed pages of Playboy Magazine. The 5’8” beauty, who happens to weigh in with measurements of 36-25-36 (Hoo-wee!), bared it all in her stunning pictorial much to our collective delight. However, unlike the better part of her fellow Playmates, Alesha didn’t use the publicity to jump into an acting career, instead aspiring to become a college professor. Beauty and brains… This babe may actually come close to perfection!That being said, Alesha did manage to land a one-episode appearance on the short-lived Showtime series Going to California in 2001. The episode in question was quite descriptively titled “Naked and the Nude” and just-so-happened to feature Ms. Oreskovich in the altogether, showing off the same, unchanged bodacious body that she featured in Playboy nearly a decade earlier. Of course, she’s also flashed flesh in such Playboy productions as Playboy Video Playmate Calendar 1994, Playboy’s Blondes Brunettes Redheads and Playboy: Girls of the Internet, all of which feature Alesha in her finest state; the natural, unclothed one.