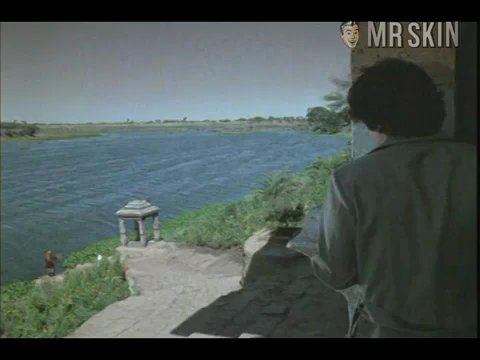 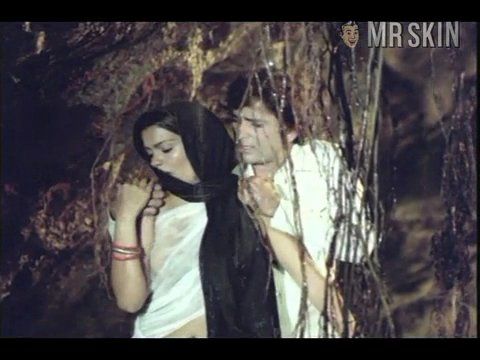 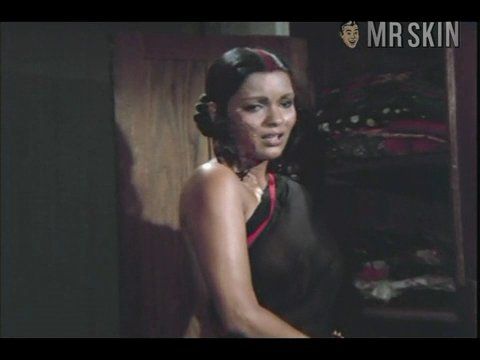 Zeenat started her career as a model. It shows. From her big, brown… uh… eyes to her long, silky… er… hair, she’s one Hell of a great specimen of the Fairer and Finer Sex. Thankfully, Zeenat broke into acting in 1971 with a part in the Indian production Hare Rama Hare Krishna. From then until 1989, Zeenat appeared in over 70 pictures, although all of them were Indian in origin. Unfortunately, that pretty much rules out any serious Skinage and true to form, Ms. Aman kept herself very well covered up for the better part of her career. We can think of a lot of things worse than watching Zeenat sashay her incredible body across the screen, though… It’d be nice for some bared boobs but you have to take what you get, right?Unless, of course, you get a copy of 1978’s Satyam, Shivam, Sundaram. Zeenat actually flashes a side view of her hellacious hooters a few times in that movie. She even dons a semi-see-through tunic at one point which allowed the scientists here at the Skin Central Research Laboratory to estimate the amplitude of her nipples as approximately “silver dollar-sized.” Zee for yourself! It’s worth a least 2 silver dollars to find out.