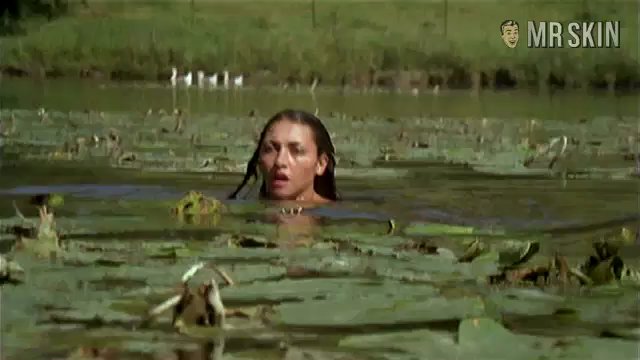 Although she had been appearing in film and television since 1950, Yvonne didn’t land a credited role until the 1974 French television series ~La Folie des bêtes~. From there, it looked like her career would take off, but sadly, after roles in films such as ~ Docteur Françoise Gailland~ and ~Le Maestro~, she was again remanded to exceptionally bad cinematic roles in terribly bad movies until the end of her short-lived career in 1981. Thankfully, Yvonne found the time to appear completely nude in the absolutely abysmal ~Le Lac des morts vivants~. The movie’s only saving grace was the presence of Yvonne in all her full-frontal glory, including a great shot underwater where her fluffy muff, as well as her Gates of Venus, are in full view.