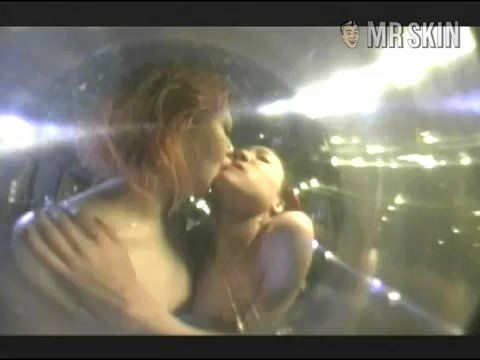 I.K.U. (2000)
Nude, breasts 00:21:00 Some brief breastage as Yumeko prepares her fluro-robo-fist for some deep lesbi-penetration. 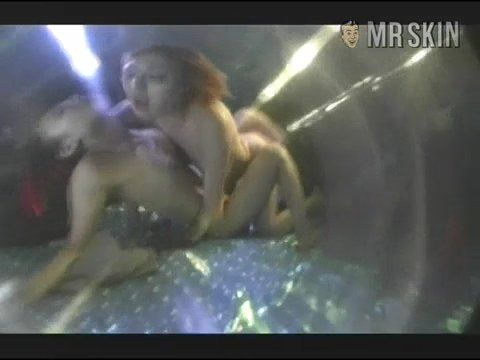 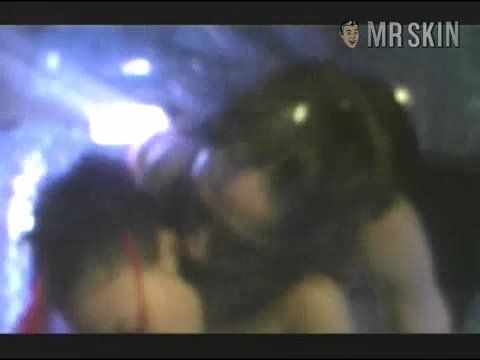 Yumeko’s career started off innocently enough with a supporting role in 1998’s Fuyajo in her native Japan. The following year, she landed a leading part in Anaakii in jyapansuke: rensa yûkai but somehow, it didn’t really pay off. Thus, she made her way into the more adult softcore Skinematic underbelly of Japan’s entertainment scene in 2000’s I.K.U. She, along with noted adult film star Maria Yumeno and Miho Ariga, plays one of the three versions of a robot designed to go out and get laid. (Why doesn’t America have top-notch scientists working on something like this? Canada has already perfected this in the very life like Pamela Anderson model… just joking, we love you Pamela, we’d only ever say that about someone when it is so obviously untrue!) The plot (what little there is of it) leads to oodles of gratuitous nudity and “simulated” sex, although it sadly stops just short of anything “too” X-rated revealing… She made a re-teat performance the following year in Tokyo X Erotica, so it looks like ol’ Yumeko’s found her niche, then put her niche on display, so to speak… Now, she needs to land a role where we can all enjoy it a little better for a little longer, too!