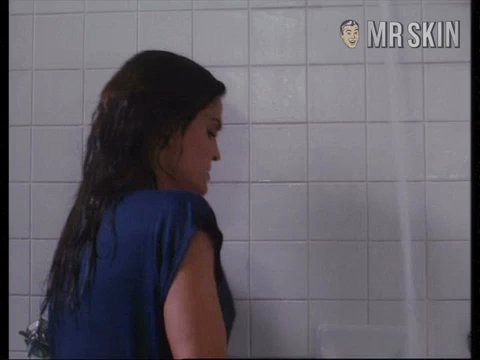 Trisha Berdot has got some nice tits. Her incredible acting talents have landed her in such classics as Dragon Fury, in which she played the haunting role of “Dixie Dancer,” Caged Hearts, in which she tackled the ever-so-difficult role of a woman in prison, Mischievous, in which she had about a half-a-second on screen, and 1997’s Lolita 2000, in which she actually got to speak! Her debut film, 1995’s Under Lock and Key (yet another “women in prison” flick) was her best, by far, for gratuitous nudity. In it, her only purpose, as far as I can tell, is to appear in the shower, showing her hard body off to Mr. Camera, though she stops just short of a full-frontal credit. Still, it’s worth a gander.